Home All The News Ferdinand: Why Sterling coverage is not driven by race

Rio Ferdinand believes Raheem Sterling is England's "scapegoat" - but not because of race. 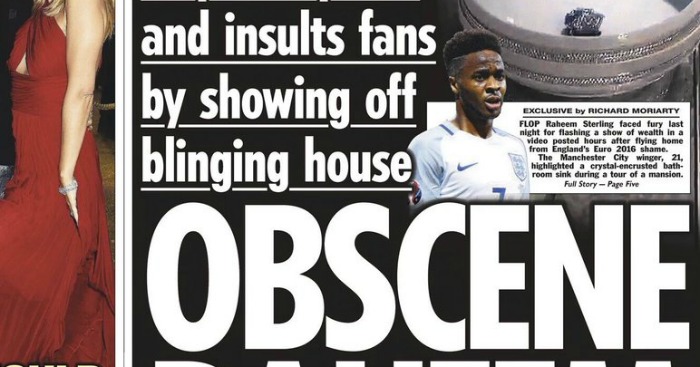 Rio Ferdinand believes Raheem Sterling has been chosen as England’s “scapegoat” – but not due to race.

Sterling has come in for public censure this week, first for getting a tattoo of a gun on his leg and then for turning up to England duty late.

The Manchester City forward explained that the tattoo was in commemoration of his father who was shot and killed when he was two.

Delayed flights then made Sterling 12 hours late for England duty, for which he apologised to the entire squad of his own accord.

The coverage has veered on vilification more than once, but Ferdinand does not believe it is because of his ethnicity.

“There’s always going to be one scapegoat and people then abuse him,” he told the BBC’s World Cup launch. “What I love about Raheem is that he has thick skin. He’s a hard worker. He’s someone who wants to do well and he’s a learner.

“And I think we’ve seen that this year. He has been educated by Pep Guardiola, he has taken it all on board and we’re seeing the player we all believed he could be.

“He had more talent and more ability and he’s being pushed and coached in the right way and he’s flourishing.

“Can we see that in an England shirt? Is the team going to be set up for the attacking players to flourish?

“We’ve had problems, different players not doing that. John Barnes was one. Chris Waddle also got stick for stuff like that.

“I think in my era Michael Owen and Becks are probably the only players who did as well, if not better, in an England shirt than they did in their club team.”

Ferdinand does not believe the coverage is driven by race, however.

“No, because Becks had it once,” he said. “Phil Neville had it after that. I wouldn’t put that down to colour.

“I think some people are just picked. Something happens in a tournament and it just triggers people into saying, ‘He’s the guy’.

“With Raheem, his stats and his game this year speak for themselves.”