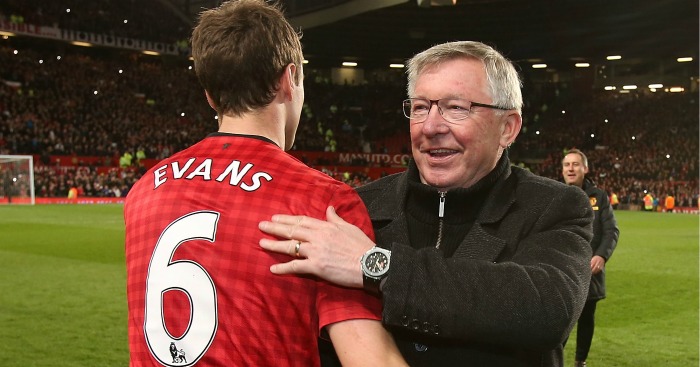 Evans was sold by Louis van Gaal for just £6million when he moved to The Hawthorns two years ago, and the centre-back has excelled under Tony Pulis.

Arsenal have been credited with an interest in Evans, while Leicester are said to have recently submitted a £10million offer for the 29-year-old.

O’Neill, who has watched Evans turn in consistently outstanding performances for the national team, says the defender would be cheap at twice that price, insisting there is no better British centre-half in the Premier League.

O’Neill said: “In September after last year’s Euros, there was a conference in France for the coaches and Sir Alex was there talking about it and he openly said to me that he could not believe Van Gaal had sold Jonny from United because having seen him come through, he felt Jonny would spend his whole career at United or certainly to the latter stages of his career.

“I think there were a lot of factors why he ended up at West Brom. In the previous two years he had an injury and at Manchester United they had Ferdinand and Vidic and then Jonny and there was a succession plan that didn’t happen because of the change in manager.

“At that time he was on the radar of other big clubs. I know that for a fact but they possibly had reservations about him because of the injuries he had and because he maybe hadn’t played as much in the previous 18 months. That was just unfortunate.

“When I look around the Premier League and see British centre-backs, I don’t see anyone better.

“I look at Gary Cahill at Chelsea and Chris Smalling at Manchester United and Jonny Evans is every bit as good as them.

“His move away from Manchester United to West Brom was maybe the right thing for him at that stage in his career but he is a player who I believe can play right at the top of the Premier League.

“He was an absolute bargain at £6million which I believe West Brom paid for him and if you are asking me is he worth £20million, I think he is a bargain at that price.

“Given that people are talking about Southampton’s Virgil Van Dijk as a £50million player, that makes Jonny Evans sound cheap at £20million. If he goes to Leicester I think it is a good move for him.”