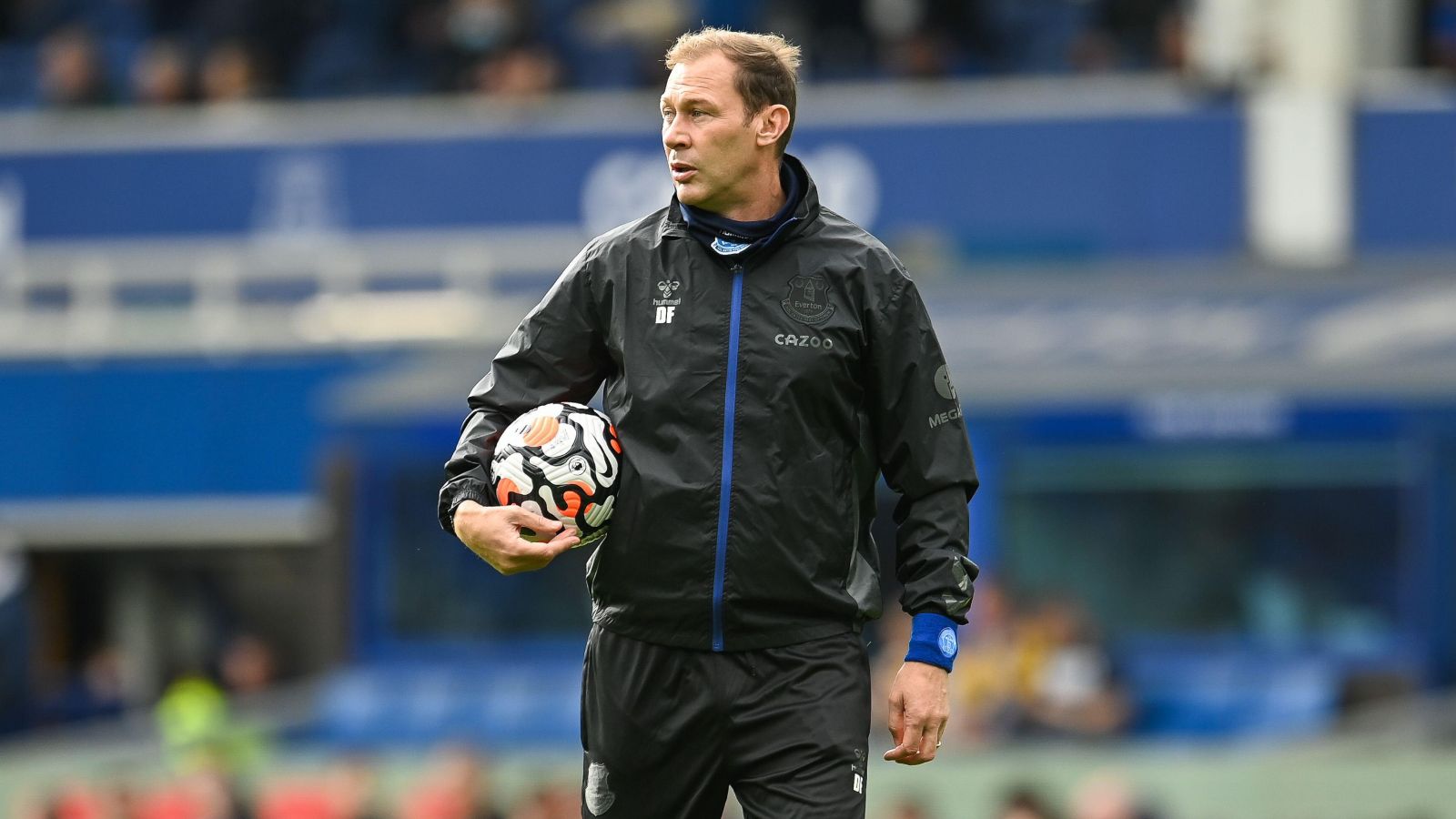 Duncan Ferguson has left his coaching role at Everton to pursue a role in management, the Premier League club have announced.

The former club captain has been a member of the backroom staff for several managers at Goodison Park.

His second spell as caretaker boss came last season following Rafael Benitez’s exit. He went back to being their assistant when Frank Lampard took over in January.

He previously took charge of the side after the departure of Marco Silva in December 2019, filling in until the arrival of Carlo Ancelotti later that month.

His decision to move on ends a long association with the Merseyside club dating back to his signing as a striker from Rangers in 1994. He went on to score 73 goals in 273 appearances across two spells.

He returned to the club as an academy coach in 2011 and was promoted to a position with the first team three years later.

Ferguson told evertontv: “It’s been a massive decision for me, an incredibly difficult one but I need to move on, to take that next step in my career and look for that new challenge.

“Being a caretaker manager has given me confidence to step into management.”

Everton endured a difficult 2021-22 campaign but, after relegation was avoided in the final week of the season, Ferguson believes their future should be brighter.

He said: “This club is definitely heading in the right direction. It’s a fantastic club.

“The team is in good hands with Frank as manager. He’s been first class and he wanted me to stay on.

“I can’t speak highly enough of Frank. He’s a great man and a great young manager, I’m sure he’ll do very well for Everton.

“There’s also the new stadium on the horizon which is going to be unbelievable for the club.

“I’ll be there as a supporter. My kids have got season tickets and I’ll be looking forward to coming back.”