Home All The News Ferguson: Nobody can take that Everton win away from me 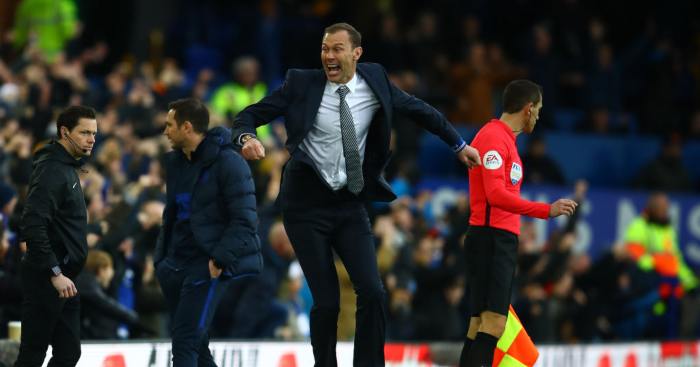 Everton caretaker boss Duncan Ferguson says he is “here for as long as they want” him after they beat Chelsea 3-1 in the Premier League on Saturday.

Richarlison’s early goal was pure theatre, rising above the visitors’ defence to nod home to spark a Ferguson charge down the touchline after just five minutes.

It set the tone for an almost unrecognisable performance full of fire and heart after the former Toffees striker, taking over in the short term from the sacked Marco Silva, had called for “blood and thunder” from his under-achieving players.

Two goals for Dominic Calvert-Lewin after the break were more than deserved as even Mateo Kovacic’s first Premier League goal failed to spoil the party.

“I’m here for Everton. I’m here for as long as they want me here,” Ferguson told BT Sport.

“I’m sure they’re out there looking for other candidates, and rightly so. We want the best guys in the world managing our football club.

“This was just an incredible experience for me, one no one can take away from me. You saw on the touchline how enthusiastic I was. It’s one game, it’s one result.”