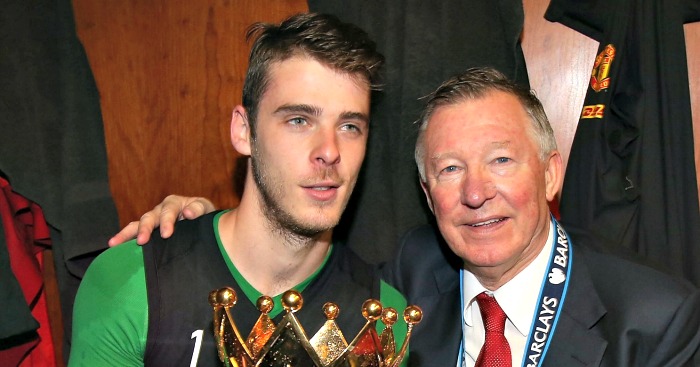 Sir Alex Ferguson has revealed that David de Gea was not his preferred choice when he signed him for Manchester United in 2011.

When Edwin van der Sar announced his imminent departure in February 2011, attention turned to who would replace the Dutchman at Old Trafford.

Van der Sar was United’s first choice from his signing in 2005 until his 2011 retirement, and the club were tasked with finding his replacement before the start of the new season.

De Gea was eventually signed from Atletico Madrid for around £18million that summer, and endured a difficult period before establishing himself as one of the Premier League’s leading goalkeepers.

But Ferguson has revealed that the Spaniard was not his first choice, and that he instead wanted to sign then-Schalke keeper Manuel Neuer, who is now renowned as one of the best in the world at Bayern Munich.

“Eric Steele had been scouting David de Gea for quite a while, but then Neuer came on the scene at Schalke. And I think Schalke would’ve been happy if we’d have gone and taken him,” Ferguson said, as quoted by Manchester Evening News.

“So my problem was Eric, because he was adamant that we must take De Gea. I said ‘but Eric, the boy Neuer is the complete unit; he’s mature, his physique is unbelievable’, and he says ‘yeah, but in three years’ time, De Gea will be better’.

“Eric and I went out to watch him (De Gea) against Valencia away, and the things he’d been speaking about – his agility, his confidence, his speed – were evident.

“And Eric had been building a relationship with his parents, and was so adamant, that I had to trust him – and I’m glad I did, because he was right.”