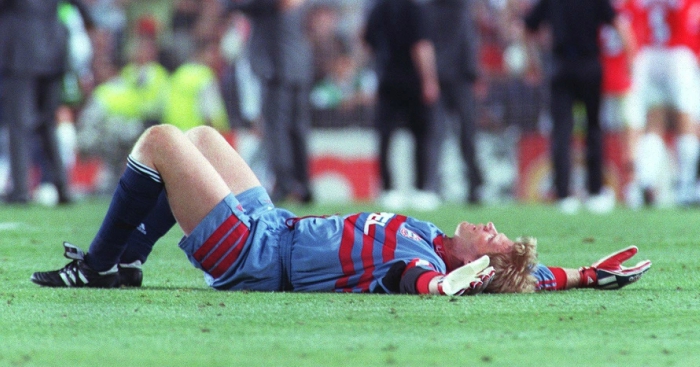 Oliver Kahn claims Sir Alex Ferguson tried multiple times to lure him to Manchester United – and the legendary manager still holds a grudge against him for the snub.

The Germany legend was one of the best of his era – and it will come as no surprise to hear Ferguson wanted him to move to Old Trafford as he tried for six years to find the perfect replacement for Peter Schmeichel.

Fabian Barthez, Mark Bosnich, Roy Carroll and Tim Howard all made attempts to replace the Great Dane upon his exit from the club, before Ferguson finally found the answer with the capture of Edwin van der Sar in 2005.

However, Kahn admits Ferguson tried to lure him from Bayern Munich on several occasions in the early 2000s.

“Sir Alex Ferguson is still mad at me today,” Kahn told Bild. “He thought that I would move to Manchester United in 2003 or 2004, but I was more interested in trying to define an era at Bayern.

“Looking back, I should have done it then. It would have been a nice challenge for me.”

Kahn’s most famous outing against United was, of course, the 1999 Champions League final, but the legendary keeper readily admits he wishes he could forget the game.

Asked about the match, he said: “I remember the Champions League final against Manchester United as a win in spectacular fashion. I just forgot the last two minutes.”