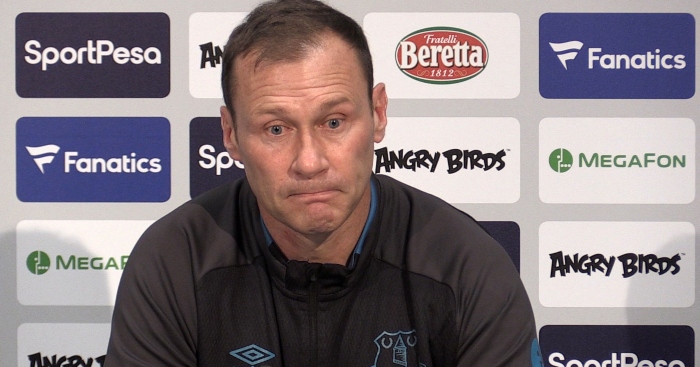 Duncan Ferguson will take charge of Everton again for their Carabao Cup clash with Leicester on Wednesday, despite reports linking Carlo Ancelotti with the permanent manager’s role.

Following the sacking of Marco Silva on December 5, Ferguson has been in charge for the club’s last two Premier League matches – a 3-1 home win over Chelsea and a 1-1 draw at Manchester United on Sunday.

Carlo Ancelotti has been strongly linked with the manager’s position, but the PA news agency understands reports he was on Merseyside on Monday to hold talks with the club are wide of the mark.

The Italian, who won the league and cup double with Chelsea, was sacked by Napoli last week.

Former Everton striker Ferguson has distanced himself from taking the job on a permanent basis, but he will be in charge for a third successive match with the visit of the Foxes.

A statement on the club’s website said: “Duncan Ferguson is to remain in caretaker charge of Everton for Wednesday night’s Carabao Cup quarter-final against Leicester, the club can confirm.

“A sell-out crowd will welcome Ferguson and his players out of the tunnel at Goodison Park for the visit of Brendan Rodgers’ side as the Blues look to book a place in the last four of the competition.

“Ferguson oversaw a stirring 3-1 victory over Chelsea in Everton’s last Goodison appearance before leading the team to a 1-1 draw at in-form Manchester United on Sunday.

“John Ebbrell, Francis Jeffers and goalkeeper coach Alan Kelly will again be alongside Ferguson in the home dugout.”