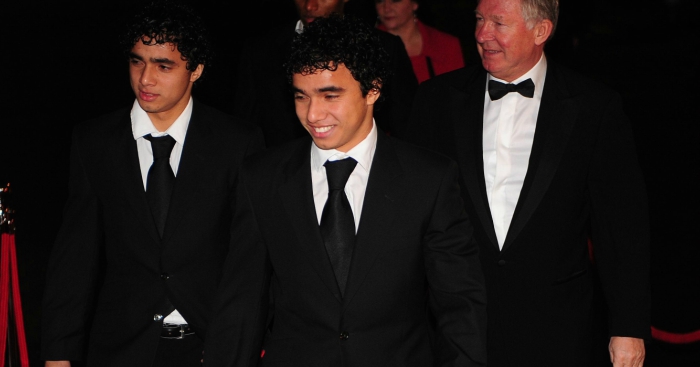 Former Manchester United player Rafael has discussed how Sir Alex Ferguson used to constantly confuse him with his twin, Fabio.

Rafael and Fabio joined United together in 2008, enjoying a period of great success under Ferguson before his retirement in 2013.

Both Brazilians left the club soon after Ferguson departed, with Fabio joining Cardiff in 2014, and Rafael leaving for Lyon a year later.

In an interview with FourFourTwo magazine, the latter says the twins were constantly mistaken for one another by the Scot.

“It happened many, many times,” Rafael said.

“It wasn’t rare that before training he’d look at me and say: ‘Come on, go to the left wing.’ When that happened, I used to just look at him. Then he’d go: ‘I meant right wing, Rafael!’ It’s funny to remember it.

“Fergie is a special person in my life. He’s the best manager I’ve ever worked with, no doubt.

“I learned so many things from him and I will be grateful for that forever. He’d always have some good advice to tell you at training.

“He knew exactly how to deal with each of his players – ones who’d improve with some compliments and motivation, and ones he’d need to be severe with. That, plus his knowledge of the game, made him the best.”