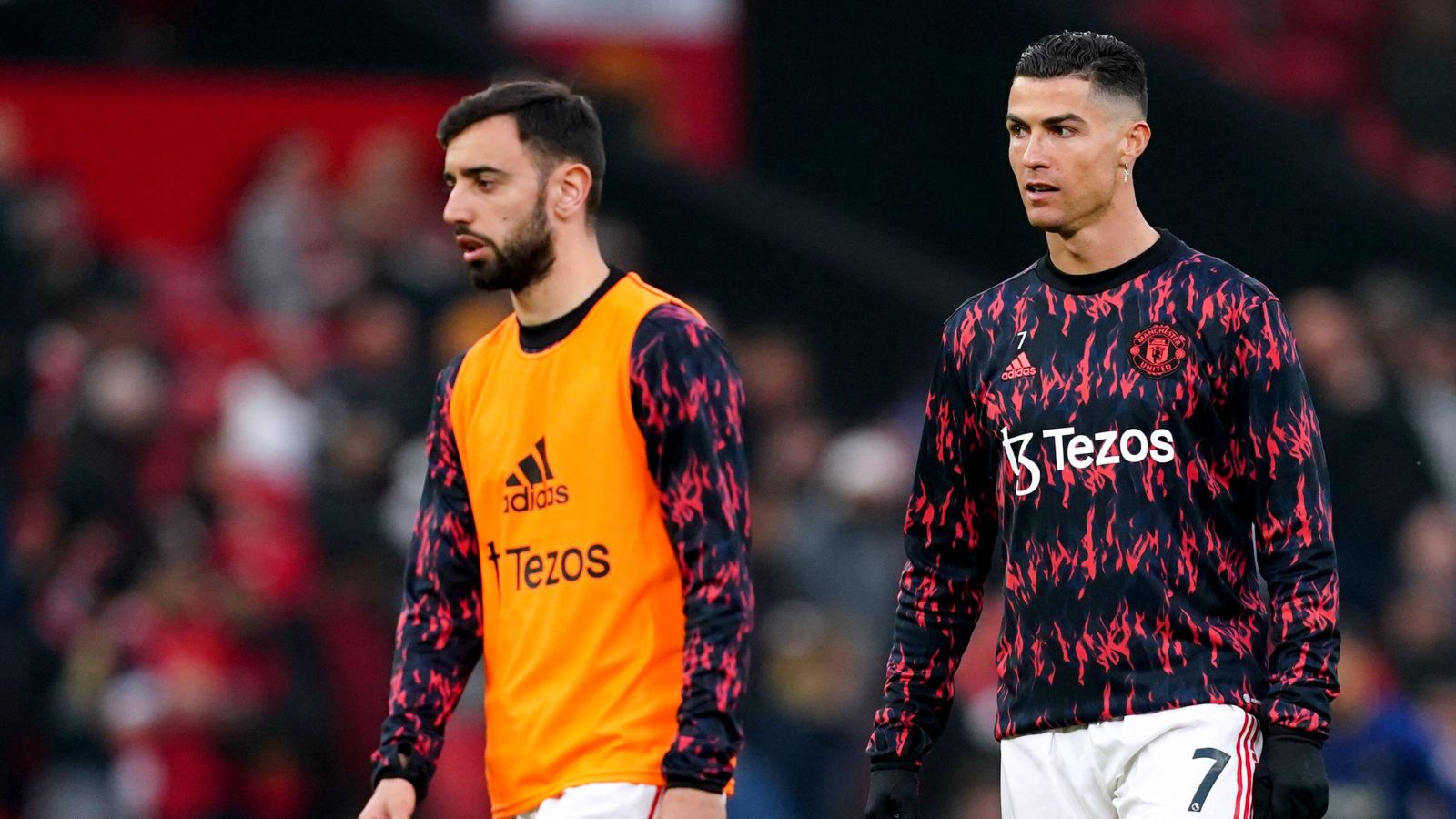 Bruno Fernandes has admitted that he does not know what the future will hold for Cristiano Ronaldo after the forward revealed that he wanted to leave Man Utd.

Ronaldo has not travelled with United’s squad for their tour of Thailand and Australia for personal reasons. He could leave this summer just a year after he returned to the club.

When asked about Ronaldo’s situation, Fernandes told reporters: “Obviously we have to respect the decision of everyone.

“From everything we know, he had some family problems, so we have to respect his space, give him some space and that’s it.”

Ronaldo returned to Man Utd last summer in a 15million Euros (£12.86m) move from Juventus, 12 years after ending his first spell with the club – and having been heavily linked with arch-rivals Manchester City – by signing a two-year deal with the option of a third.

However, it has emerged he has asked to be allowed to leave if an acceptable offer arrives, although new boss Erik Ten Hag has insisted the former Real Madrid superstar remains part of his plans.

Fernandes added: “Cristiano was our top scorer last season. He added goals to us, but obviously it’s not on me, it’s the club that has to make the choices and Cristiano makes his own choice.

“As I said, I don’t know what’s going on in his head. If he wants to leave, it’s all news.

“I didn’t ask them that. The only thing I asked Cristiano when he didn’t turn up was if everything was OK with the family. He told me what was going on, that’s it and nothing more.”

The United squad is currently in Perth ahead of a friendly clash with Premier League rivals Aston Villa on July 23.