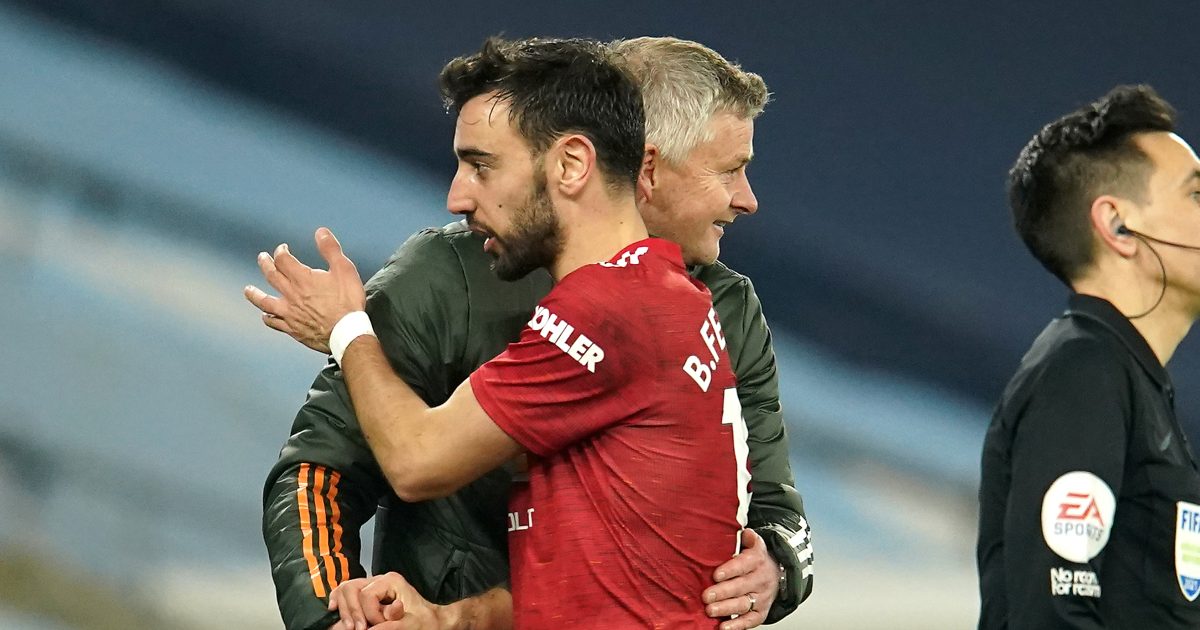 Bruno Fernandes has insisted that Ole Gunnar Solskjaer is “influential” for every single player for Manchester United.

The midfielder’s long-rumoured move to Man United came to fruition in January 2020. He joined the Red Devils for an initial fee of £47m that could rise to just over £67m with add-ons.

Fernandes had been in fine form that season for Sporting Lisbon. He had 15 goals and 14 assists for them from his 28 outings across all competitions that term.

His eye-catching form continued straight away for United. He got 12 goals and eight assists for them from just 22 games as he helped his new team finish the season strongly.

The 26-year-old has carried that great form into this campaign. He has been United’s shining light as he has grabbed 23 goals and 14 assists from his 46 appearances across all competitions this term.

On the whole, it has been a strong season for Solskjaer’s side. They have been knocked out of the Carabao Cup and the FA Cup, but they are second in the Premier League.

Man United are four points clear of third-placed Leicester City and they can close the gap on Man City to eleven points if they win their game in hand.

United face Granada in the first leg of their Europa League quarter-final on Thursday night. Fernandes has told talkSPORT ahead of that game that Solskjaer has been very “important” to him:

“For every player in the team, he [Solskjaer] is influential.

“At the beginning, he was important. He told me to express myself, don’t be afraid to do what I was doing at Sporting and to be myself. That is really important for a player to feel that confidence from the coach.”

He added: “[Carrick] was a top player and he can help to improve every player here.

“We have a lot to learn from him. I really appreciated his qualities as a player. Now I am happy to have him as a coach to help me to improve and pass on his experience as a player.”