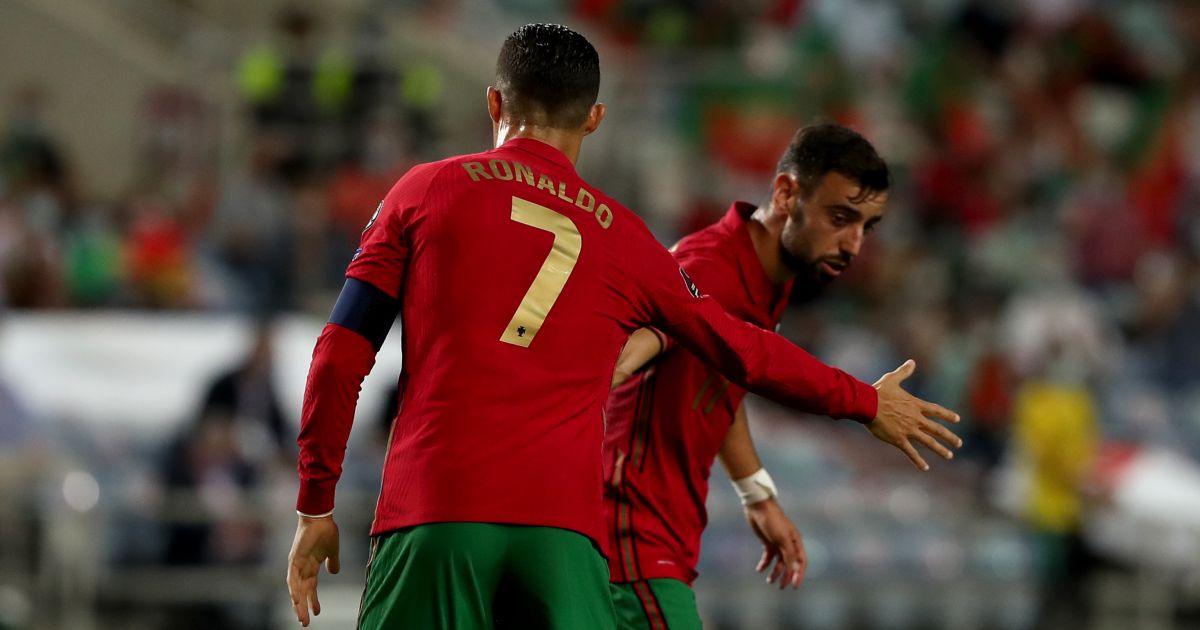 Fernandes knows Ronaldo better than most having played with him in the Portugal national team for many years and he can’t wait to play with him at Man Utd.

The midfielder insists that the Red Devils’ aims have always been to win trophies but now they have a better chance with Ronaldo around.

“We know that enthusiasm will be high, everyone knows Cristiano and is very happy and confident to have him back,” Fernandes told RTP3.

“Us players are part of that confidence, we know what he can give us.

“Our focus and Cristiano’s, because of what I’ve already talked to him about, is to win what there is to win.

“Our goals remain and obviously, with Cristiano, we have one more reference to help us get closer to that.”

Speaking in his first interview since returning to Man Utd, Ronaldo said last week: “I have a fantastic history with this amazing club.

“I was there at 18 years old and of course I’m so happy to be back home after 12 years. So I’m really glad and looking forward to start my first game.

“I think it’s the best decision that I have made it (the move). It’s right on point in my opinion.

“I moved from Juve now to Manchester, it’s a new chapter, I’m so happy and glad, and I want to carry on again, to make history, to try to help Manchester achieve great results, to win trophies and number one of them, to win great things.”

Regarding current United boss Ole Gunnar Solskjaer – his former Red Devils teammate – the Portuguese said: “We had a chat, but of course I’m going to have time to speak with him face to face, to know what he expects.

“As you know, I played with him for two or three years at Manchester United so I have a good relationship with him but now with a different role, I’m a player and he’s a coach.

“But it doesn’t matter, my relationship with him is great and as I say before, I’m there in Manchester to help the team achieve his results and the coach can count on me for whatever he wants. So I’m available for everything.”