Home Manchester United Fernandes: Man Utd not winning a trophy would be a ‘nightmare’ 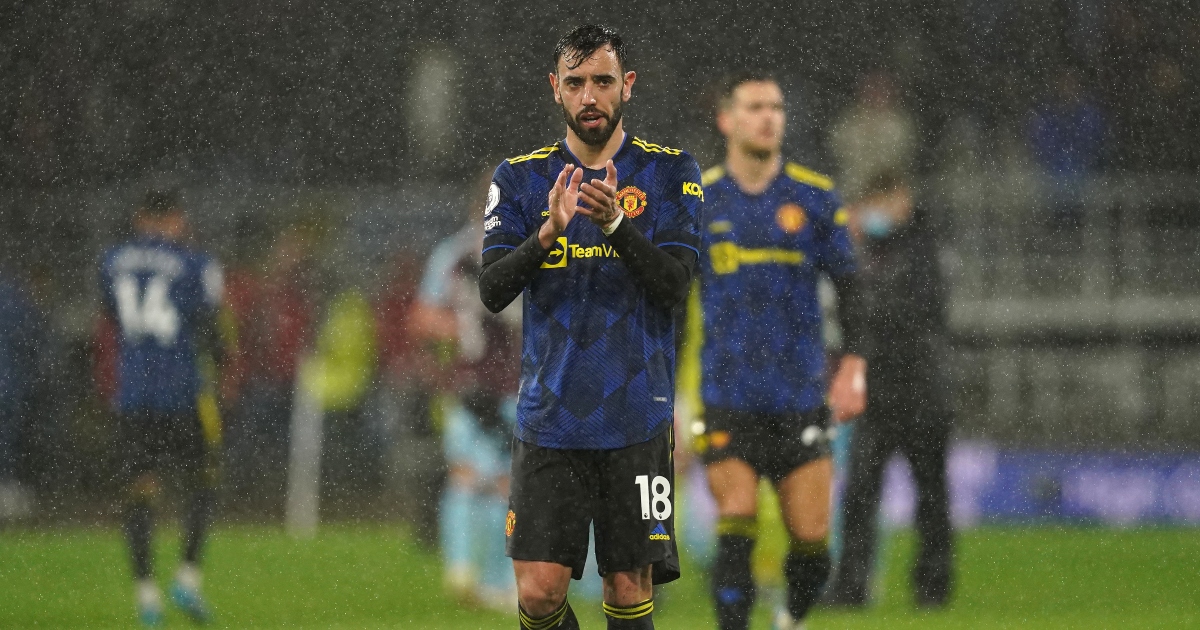 Manchester United midfielder Bruno Fernandes has admitted it would be a ‘nightmare’ if he was unable to win a trophy with the club.

United entered the season with the hopes of challenging on four fronts but after a recurring theme of lacklustre performances and poor results, the club look unlikely to win a trophy this season.

They were knocked out of the Carabao Cup by West Ham, fell to a humiliating FA Cup defeat to Championship side Middlesbrough and the best they can hope for in the Premier League is a top four finish.

United are still in the Champions League but face a tricky round-of-16 tie with Atletico Madrid.

Now, speaking to the Manchester United official website, Fernandes has admitted he is desperate to secure a trophy for the club.

“I am really happy with my time at the club. I have always said, not winning a title for this club is like a nightmare because it is something I want.

“I want to do it for me, but also because I think the club deserves it, the fans deserve it, and a club like this should not be so long without winning a trophy.

“Two weeks ago, we had two chances and now we have one chance to win a trophy. We have to fight for that and fight for our place in the Premier League, to finish in the best place we can.”

United’s season has come under two different managers after Ole Gunnar Solskjaer was sacked earlier this season to be replaced by Ralf Rangnick on an interim basis.

Speaking on Rangnick’s time at Old Trafford, Portuguese star Fernandes admitted that whilst they have improved under the German, they still have plenty to work on.

“I think we have been doing well. There is still a lot to improve on and I think everyone is aware of that, because we know that we can do much better.

“Obviously, since he [Rangnick] came, we have had a lot of good results, but still some results that, when we look back, we think that we could have more points in the league.

“I think he has brought his own way to play, the mentality that he has, the way that he thinks is better for us and that is it. After that, every player has to give the best of themselves, to help the team to be better.”