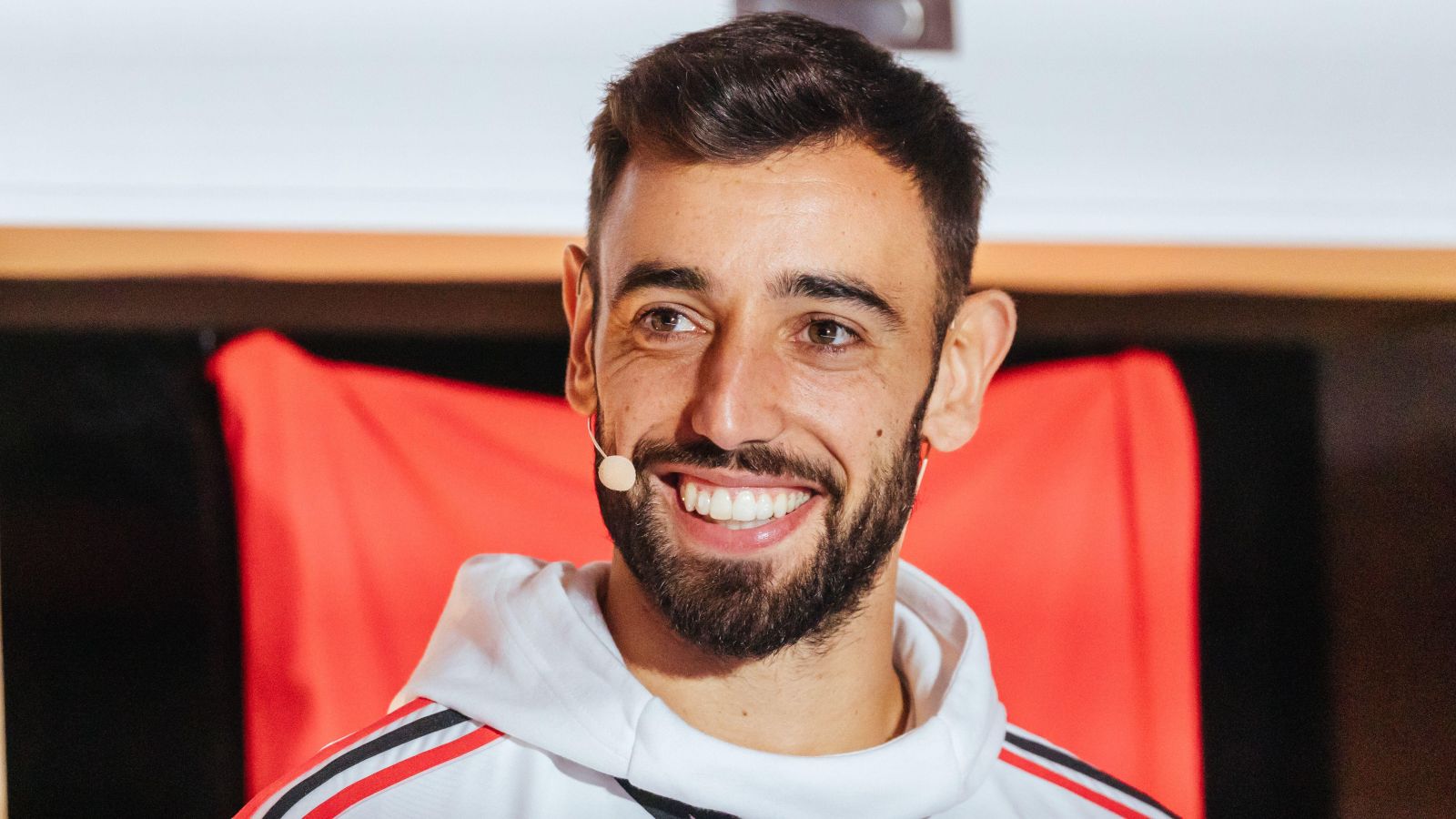 Man Utd midfielder Bruno Fernandes thinks the added aggression in the play of their forwards under Erik ten Hag is making a big difference.

Ten Hag is yet to take charge of his first competitive match with the Premier League not starting again until next month but there have been positive signs in pre-season.

Anthony Martial – who spent the second half of last season on loan at Sevilla – Jadon Sancho and Marcus Rashford have looked particularly sharp in pre-season and Fernandes has praised the Man Utd forward line for setting the tone.

“We are feeling good, obviously the result helps a bit but we are playing good football,” Fernandes told MUTV.

“There are a lot of things to improve yet but we have time to get ready before the first game of the season.

“I think we have been much more aggressive, firstly the three guys up front they have been really aggressive, when they press they really press, really strong to squeeze the last line and make the midfielder come a little bit higher.

Martial,Rashford and Sancho all got on the scoresheet in their 3-1 victory over Cystal Palace and Fernandes admits it’s important for the forward players to bag goals ahead of the season.

“We all know everyone wants to score goals but the main ones are the strikers,” Fernandes added.

“They know they are there to give us goals, they are doing really well and we have to keep support on them to keep them happy. They live for goals so we have to give that to them.”