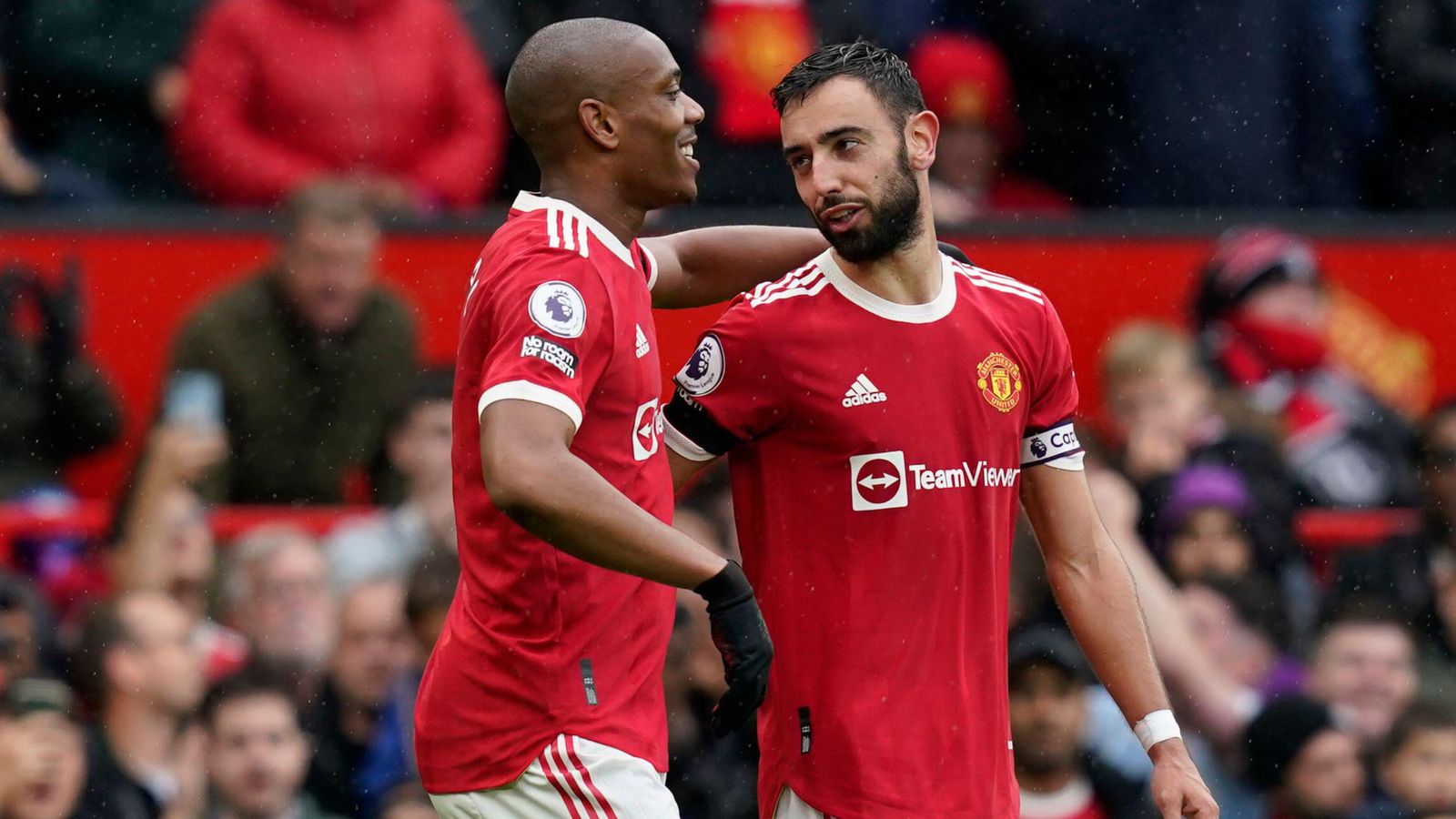 Bruno Fernandes has backed his teammate Anthony Martial to score goals for Manchester United under Erik ten Hag next season.

Martial’s best goalscoring season for the Red Devils came in 2019/20 as he netted 23 times across all competitions.

The Frenchman barely featured for Man Utd during the first half of the 2021/22 campaign and he joined Sevilla on loan earlier this year.

The 26-year-old spent most of his time in Spain on the bench as he only scored once in twelve appearances.

Martial has returned to Man Utd ahead of next season. He is set to start in a friendly against Liverpool on Tuesday evening.

Fernandes has backed Martial to succeed next under their new boss Ten Hag:

“Look who’s back. Anthony Martial is back,” Fernandes said (quotes via talkSPORT).

“He will be back scoring goals.”

Martial then chimed in, saying: “Give me some assists please.”

To which Fernandes replied: “I will, for sure man. You know that we have that connection.”

Meanwhile, Gary Neville is glad that Ten Hag has decided to keep Harry Maguire as Man Utd captain for next season.

There have been claims that big personalities like Bruno Fernandes and Cristiano Ronaldo hold more sway in the dressing room with rumours that Ten Hag would seek to appoint a new captain on his arrival.

However, that has not been the case with the new Man Utd boss confirming on Monday that he wants Maguire to remain as the Premier League club’s captain.

Ten Hag said in a press conference: “Harry Maguire is the captain. He’s an established captain, he’s achieved a lot of success, so I don’t doubt this issue.”

And Neville reacted to the news on Twitter by saying: “Good!”

Before adding: “So the same United fans fuming with me for applauding the decision to keep Maguire as captain seem to be without knowing criticising the new manager for his decision. Maybe support Maguire and stop bullying him on here (Twitter). The new manager obviously likes him.”