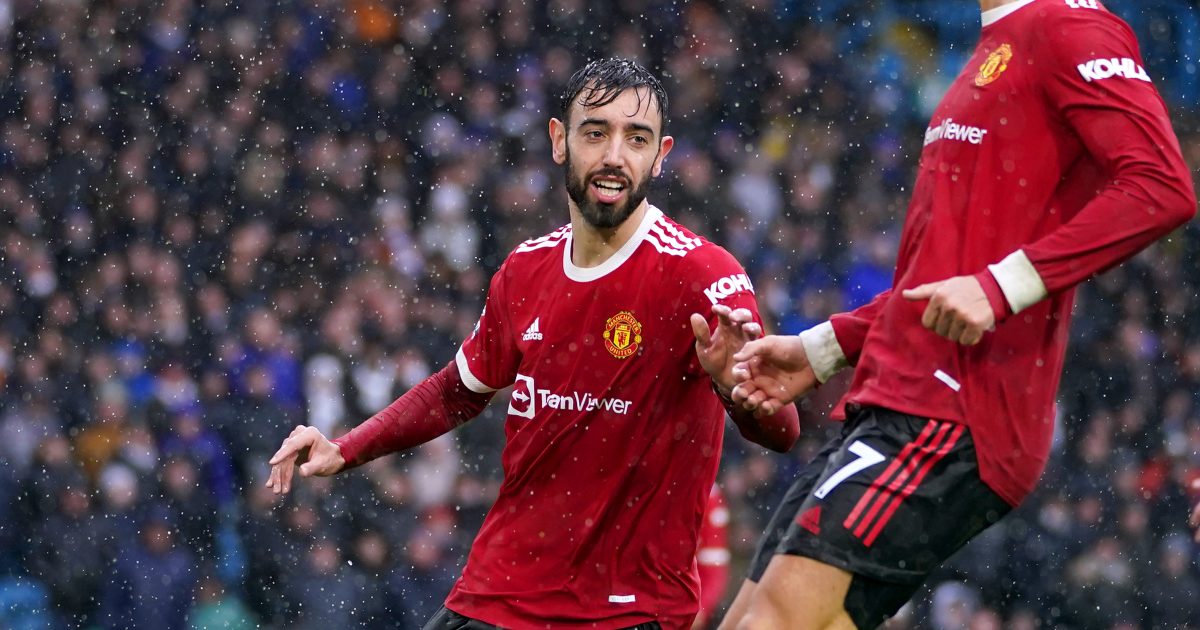 Fernandes and Harry Maguire got on the scoresheet as Man Utd took control of the game at Elland Road before the break.

Leeds struck back in the second half as Rodrigo and Raphinha both scored inside a minute shortly after the restart.

Fred and Anthony Elanga came on and both players scored as Man Utd eventually ran out 4-2 winners versus Leeds.

West Ham are currently their nearest rivals but David Moyes’ side are now six points adrift of the Red Devils.

Arsenal and Tottenham are in a favourable position though as they can move above Man Utd if they win their games in hand.

Fernandes took time to praise Fred and Scott McTominay after they contributed to Man Utd’s victory over their arch-rivals:

“Obviously, Fred is a player that works hard, and he is the kind of player who does not get a lot of media (attention) because he works hard, recovers a lot of balls,” Fernandes told MUTV.

“He and Scotty (McTominay) are two players who are really important for us in many games. I am really happy for him, also for Anthony who gets his goal, he deserves that.”

Fernandes went onto admit that Man Utd were complacent against Leeds: “That was probably the problem for us. We think that we are in a great position, and we start to play a little bit sloppy on the passes, under pressure, and they get away with two goals.”

Elsewhere, Ralf Rangnick has lauded his Manchester United players for their “reaction” to Leeds United’s comeback:

“It was a fantastic game to watch if you were not responsible as a manager of either team. A very good first-half, after the first 15 minutes we really had control of the game. We could have been 3-0 or 4-0 up,” Rangnick told Sky Sports.

“Then within two minutes, it was a completely different situation. The first goal was a little bit lucky, I don’t think [Rodrigo] intended to shoot. All of a sudden it was 2-0 and the next five minutes were really intense and difficult for us.

“I think the team showed maturity and grew together as a team. I’m not sure if this would have happened two or three months ago. But it happened today and it was important.

“We showed a reaction in the last twenty minutes and in the end, we deserved to win.”