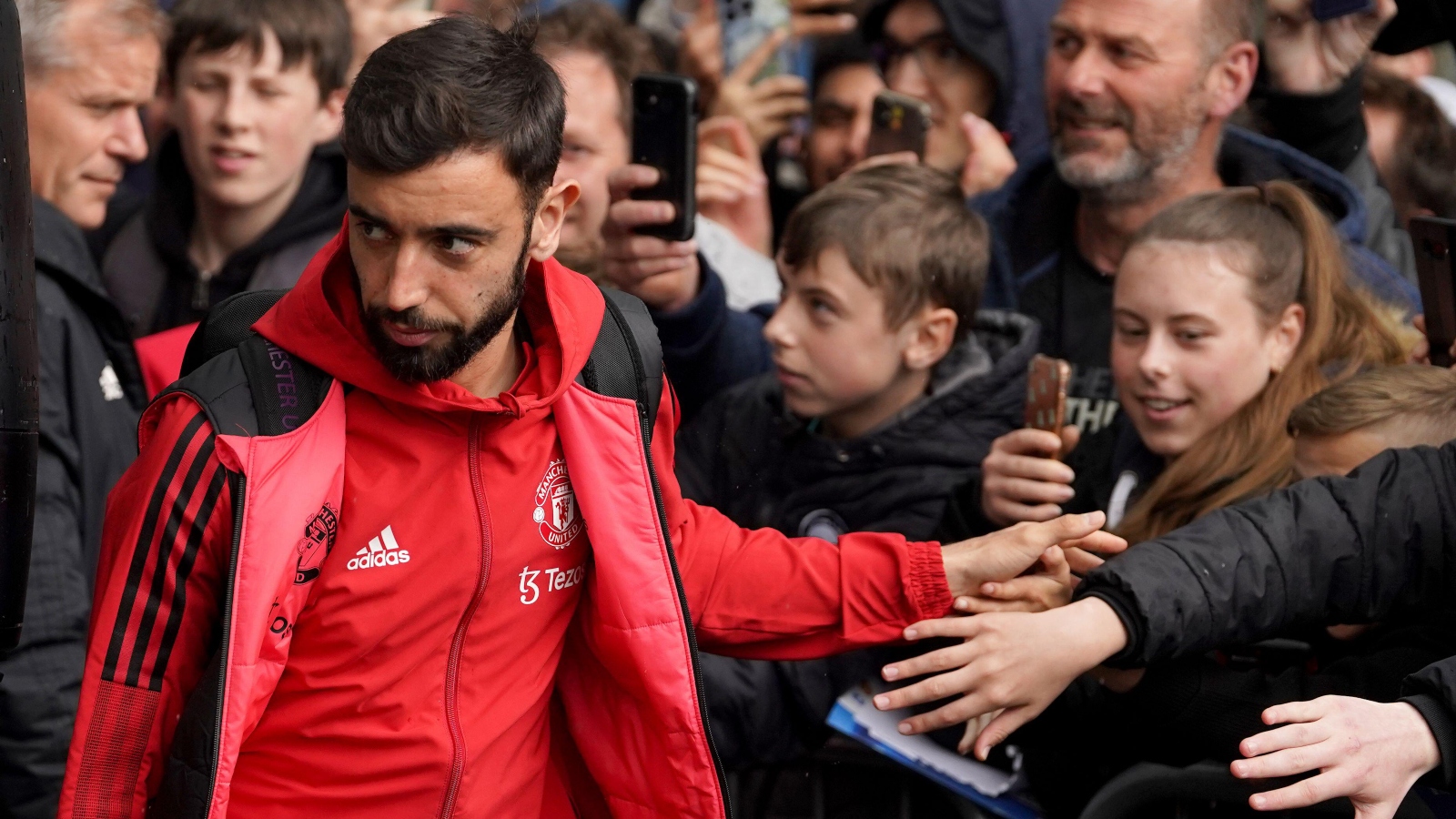 Bruno Fernandes admits Man Utd fans were right to chant “you’re not fit to wear the shirt” after their brutal 4-0 defeat at Brighton.

The Red Devils were comfortably beaten by Graham Potter’s side to add to the misery of their terrible 2021/22 campaign.

The loss means that Man Utd will finish the season with their lowest points total since 1991.

After yet another woeful result in a campaign which has included a 5-0 loss at home to Liverpool and a 4-1 loss at Watford, the travelling fans turned on the Man Utd players following the full-time whistle at the Amex.

When asked about the fierce backlash his side faced, Fernandes admitted that the fans were right to be heavily critical of the players.

“I include myself in that,” Fernandes told Sky Sports.

“What we did today, what I did today, was not enough to be in a Man Utd shirt and I accept it.”

Bruno Fernandes responds to Man United fans chanting “you are not worthy to wear the shirt” 😬 pic.twitter.com/KjRkGj0t6a

Man Utd brushed Brentford aside on Monday night, offering a rare glimmer of hope, but defeat against Brighton ensured that the season will end on a sour note.

Fernandes added: “A little bit of everything [went wrong]. Quality. Mentality. They deserved to win and we deserve to be in the position we are in now.

“It’s something that we have to look and be embarrassed because that was not good enough from us and we have to do much better.

“I don’t want to talk about the future, we have still one game this season and we have to win.

“I talked with the club about the future many times before I signed my contract because I think the future can be good, but obviously many things need to be fixed, as we have seen this season.”