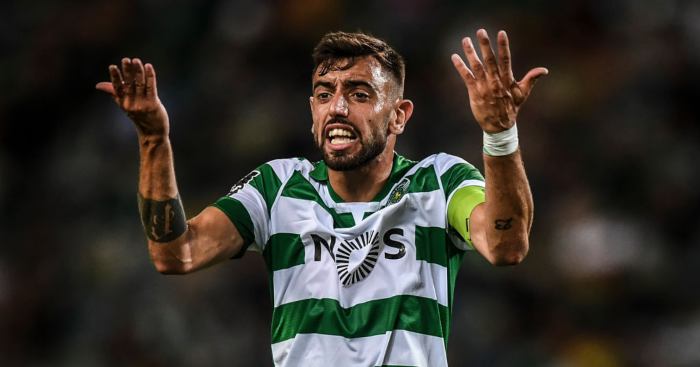 Bruno Fernandes has revealed that he agreed a deal to join Tottenham but Sporting Lisbon blocked the move after their valuation wasn’t met.

Fernandes netted 28 goals and added 14 assists in an impressive 2018-19 campaign, and he was heavily linked with €70m moves to both Manchester United and Spurs.

However, a number of bids were reportedly rejected over the summer with Sporting keen to sell but only for the right price.

And now the 24-year-old says he was happy with Tottenham‘s proposal but they couldn’t agree a deal with the Portuguese club.

“As you all know, Tottenham made a lot of proposals for me. Everything was right with me – or practically should be,” Fernandes told GQ Portugal.

“I never made any big demands, my manager was always dealing with the financials. It was and is my goal to play in England, Sporting you know that, everyone knows that, and there were conditions for things to be done.

“But Sporting understood that the value was not enough and I have to respect the decision.”