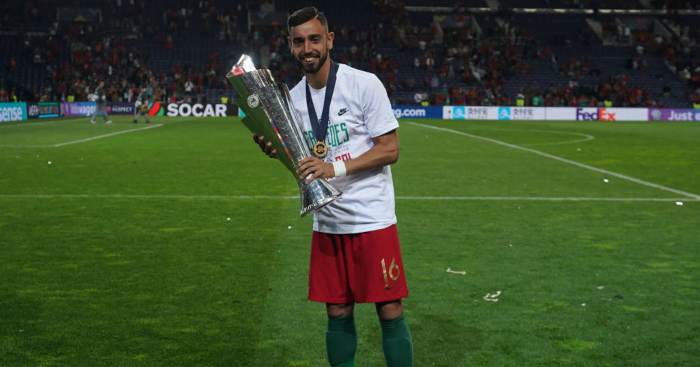 Manchester United and Sporting Lisbon remain at least €15m apart on their valuation of Bruno Fernandes, according to reports in Portugal.

The Independent reported on Monday that United remain confident of securing the 24-year-old before the start of the new season – though it will cost well in excess of £50million.

Portuguese newspapers A Bola, Correio da Manhã, Jornal de Notícias and Record (via our friends at Sport Witness) all bring us the latest from United’s pursuit of Fernandes with all four claiming Ed Woodward is ready to make a bid for the midfielder.

A Bola claims that his agent, Miguel Pinho, will be hopping back on the plane to England – where he has an office – to continue negotiations with United.

Pinho is going to confirm how much United are willing to bid for Fernandes with €55m mentioned as the most likely amount.

Correio da Manhã says that a bid of €55m will be going in for Fernandes in the next few days and that United won’t be advancing on that, despite Sporting president Frederico Varandas wanting €70m.

Varandas wants the sale of Fernandes to be the biggest in Sporting’s history with Joao Mario leaving to Inter Milan for €45m.

Sport Witness says that Jornal de Notícias reckon Sporting could ‘make a discount’ once they receive an official offer for Fernandes.

That report continues positively for United fans by saying that an offer of €40-50m up front plus add-ons could be accepted by the Portuguese outfit, who are hopeful of getting €80m in total for Fernandes.