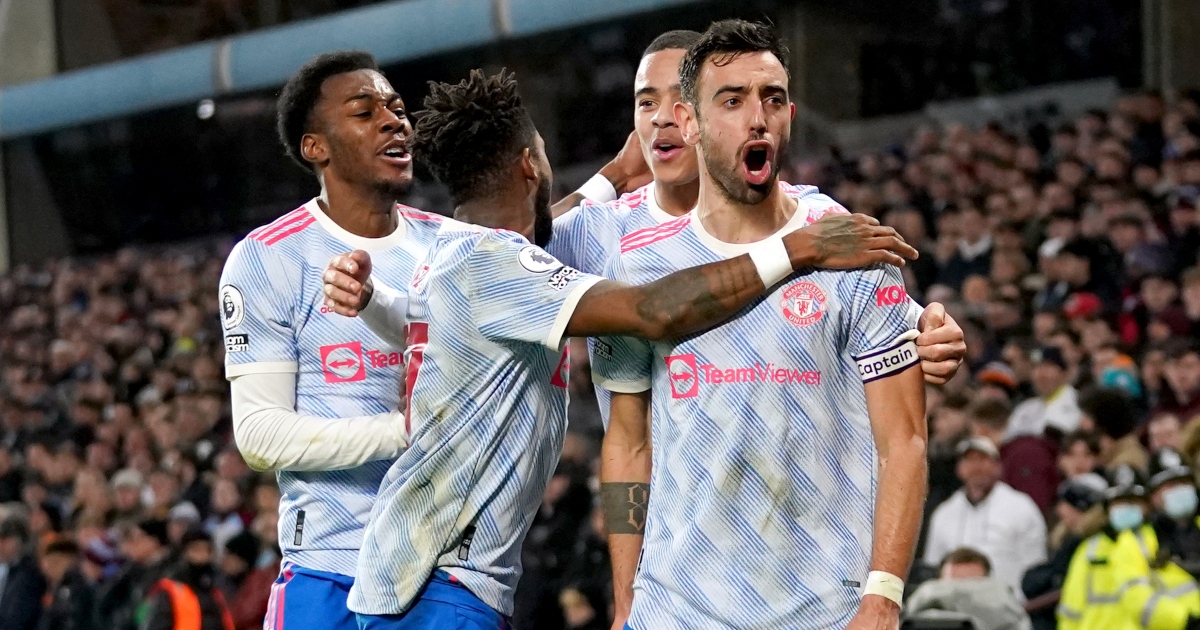 Manchester United midfielder Bruno Fernandes has urged his side to learn from their disappointing 2-2 draw at Aston Villa on Saturday.

Having edged past Steven Gerrard’s side in the FA Cup third round on Monday, Ralf Rangnick’s Red Devils were on course for an important Premier League win at Villa Park on Saturday evening.

A howler from Emiliano Martinez allowed Fernandes to open the scoring and, just as Villa had upped the ante, the stand-in skipper extended United’s lead in the second half.

But at the end of a week in which Cristiano Ronaldo – absent through injury on Saturday – questioned the group’s mentality, the out-of-sorts Old Trafford giants somehow squandered their two-goal advantage.

Jacob Ramsey pulled one back before super sub Philippe Coutinho marked his Villa debut by sealing a 2-2 draw in front of the Holte End, leaving United 24 points behind leaders Manchester City.

“I think everyone was really involved in the game, the game was being fantastic from us and we let the result escape at the end,” said Fernandes, who captained the side with Harry Maguire on the bench.

“The frustration is there but it’s now time to carry on because the next game is coming quick.”

United head to Brentford on Wednesday for a fixture that had been due to be played last month, before welcoming fourth-placed West Ham this weekend.

Fernandes knows they can ill afford to wallow in self pity and underlined the need for swift improvements.

“I think when we played well was the moments that we played more compact, more calm, with clear the ideas about what we are doing and everyone was following the ideas,” he told MUTV.

“That’s why I think the first 30 minutes was really good. After, the game started to be a little bit more balanced for both sides.

“But that’s it. When you don’t get the result, you have to find what’s going on at the moment to concede two goals when the game was controlled.

“As I said before, now it’s time to understand what we can do better and go to the next game and try to win. That will be another tough game.”

Villa do not have a midweek fixture to contend with and return to action on Saturday lunchtime, when they will look to expose the problems at beleaguered Everton.

Former Liverpool star Coutinho will be hoping to make his first start at Goodison Park, where Lucas Digne will want to build on his impressive debut having recently switched from the Toffees.