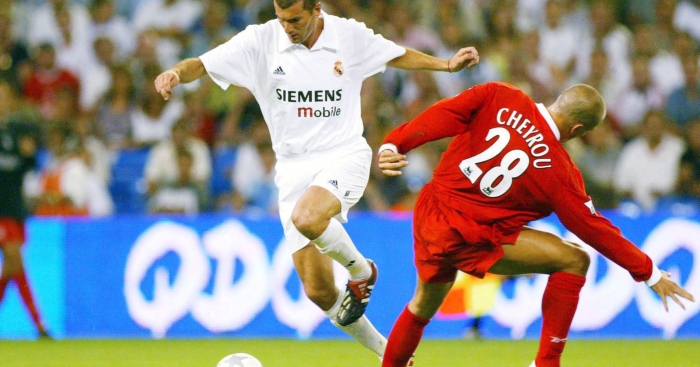 Fernandinho has compared Manchester City teammate Kevin De Bruyne to Zinedine Zidane ahead of tonight’s clash against Real Madrid in the Champions League.

De Bruyne will be key to City’s success in the Bernabeu after enjoying another excellent season at the Etihad.

Fernandinho hailed the playmaker and compared him to the current Real Madrid manager who is widely regarded as one of the best players in history.

“Zidane was a class player,” he told Sport360. “I think Kevin can do something special too.

“I don’t like to compare players. Zidane was one of the best of all times and Kevin is going to be a really good player in the future, especially winning trophies and playing at a high level as much as he can.

“He’s been so good. Recovering his best form after injury [last season], you can see his confidence on the pitch and his quality.

“Of course he starts to score more goals now, this is the difference. He has the taste for more goals and that’s what will help him grow more and help us as a team.

“Kevin’s such an important player for us, a key person and I hope he can continue in this form until the end of the season.”

Fernandinho also discussed how watching his international teammates – Casemiro and Marcelo – lift the Champions League with Madrid has made him even hungrier to win.

He added: “I hope so this is my chance. They have won enough Champions Leagues so I hope it will be my time.

“We are going to try to do our job and give our best – and try to win the games to go through.

“This is going to be special. They are the favourites, the king of this competition because they have won it so many times.

“It’s going to be a great experience to show what level we are at. They are a special team because of how they play, the goals they score, especially in the clinical and decisive moments.

“They are such a big team, with the history, with the big players, that’s what makes them special.”