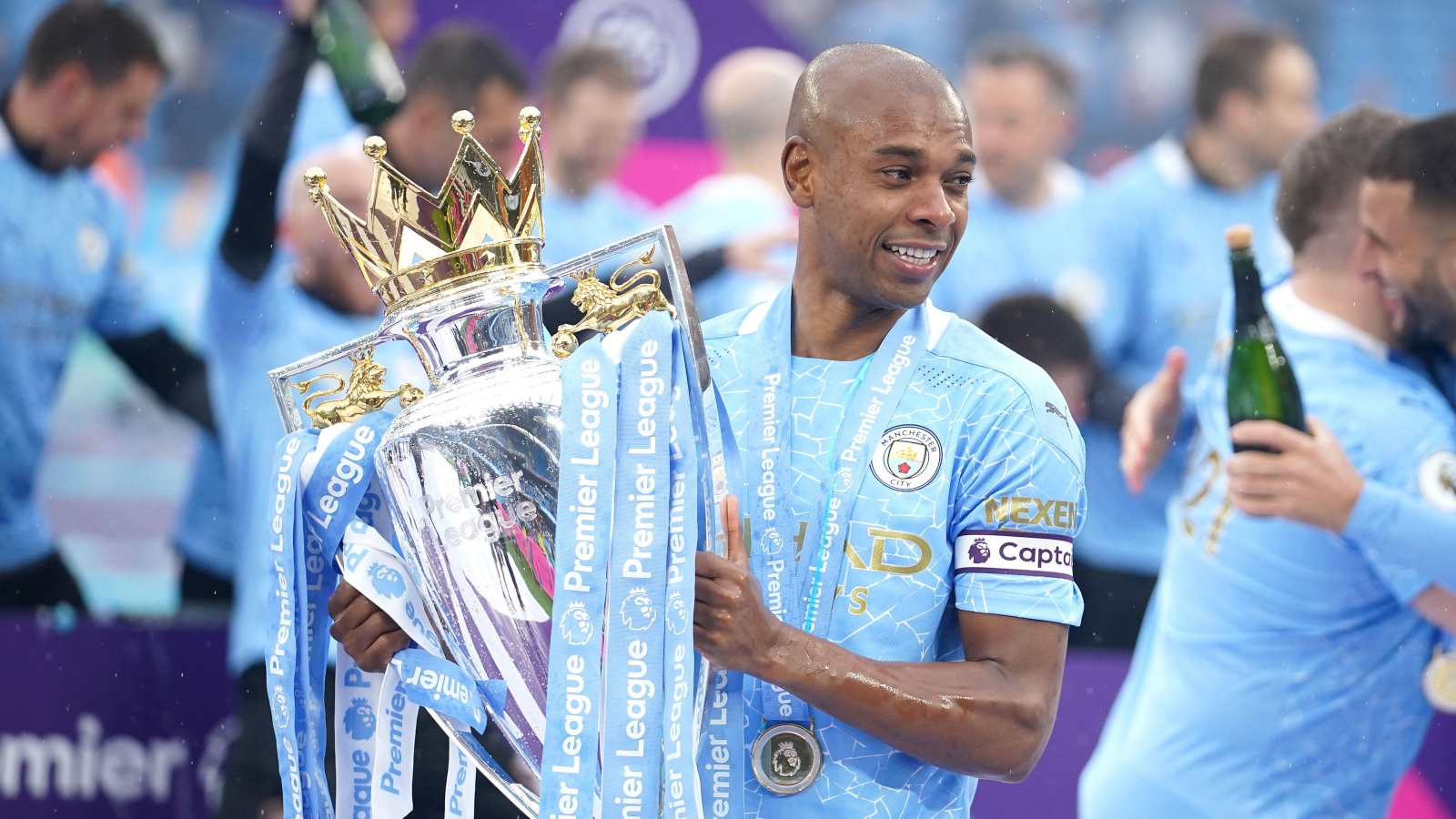 Fernandinho has confirmed that he will leave Manchester City this summer after nine seasons at the Premier League club.

The defensive midfielder moved to England from Shakhtar Donetsk in 2013 and has made 373 appearances for the Citizens.

Speaking ahead of City’s Champions League quarter-final second leg against Atletico Madrid, Fernandinho said (via Manchester Evening News): “We have to focus on the game, play our football, hurt them with the ball.

“We’ll have chances, we have to take care of the game. It will be a hostile environment. This situation, knockout games, everything can happen.”

Fernandinho was asked if he was looking to sign a contract extension, responding: “No, I don’t think so.”

What a player 🇧🇷 pic.twitter.com/DP8Yh76X7r

He added: “I want to play [next season]. I will go back to Brazil, for sure. I [will] decide with my family.”

On his role this season, he said: “The same as the last season, not playing much but being there for the players and helping where I can. Sometimes off the pitch and on the pitch.

On if he is surprised that he is not playing much this season, the Brazilian said: “No. It’s a great squad, after nine years, maybe after the 2018/19 season where I changed my position, it was harder for recovery. With age, it’s harder, but I put myself in a position to help the team.”

“The way Liverpool and Klopp have done it is remarkable, in that they keep finding diamonds in the rough and polishing them up to become superstars,” Murphy said on talkSPORT.

“And although the admiration is there for what Pep does with Man City’s players, because even though he brings in readymade players, he still makes them better.

“I think as well from a neutral point of view, you’ve got to want Liverpool to win it, really.”