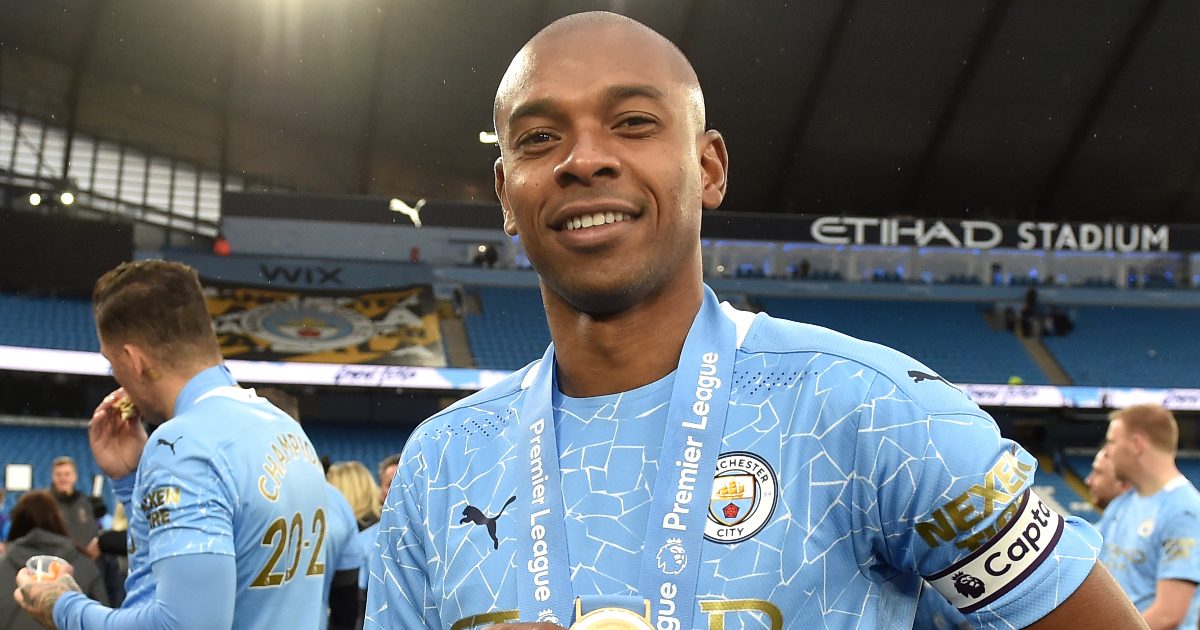 Fernandinho has been included in Manchester City’s list of released players, but contract talks are still ongoing between the player and club.

The 36-year-old has been a mainstay for Man City ever since he moved to the Premier League in 2013.

Fernandinho made the move from Shakhtar Donetsk for around £34m.

The midfielder has featured 350 times for Pep Guardiola‘s side in all competitions. He was made club captain last year following the departure of David Silva.

Fernandinho has established himself as one of the leading defensive midfielders in world football in recent years.

The Brazillian is a four-time winner of the Premier League. He has also won the Carabao Cup six times with City.

Sky Sports have confirmed that Fernandinho has been included in the list of released Man City players for the 2020/21 season.

Barcelona-bound Sergio Aguero and Eric Garcia are also part of the list. Fernandinho’s contract with City expires this month.

The report adds that the defensive midfielder has been offered a new contract by City. Talks are ongoing between both parties but nothing is agreed yet.

Elsewhere, Danny Mills has suggested that Phil Foden is above Jack Grealish in the England pecking order:

“Foden plays, it’s just where he plays. Does he play as the 10? Does he play wide on the right-hand side like he does for Manchester City?.

“Can he play alongside Harry Kane in a two. Mason Mount can play anywhere in that midfield, apart from Declan Rice’s role.

“Foden and Mount are two of our best players and they’re both in fantastic form. They both play, it’s just where, and it comes down to formation.

“So much of that depends on Harry Maguire’s fitness. If he’s ready to play, it’s probably a back four. If he’s not, you have to go to a back three and that changes things around.

“The midfield and going forward, there is an abundance of talent. If they play well, England have got a great chance of scoring goals.

“But to win anything, you have to have a fantastic defence. You’ve got to keep clean sheets.”