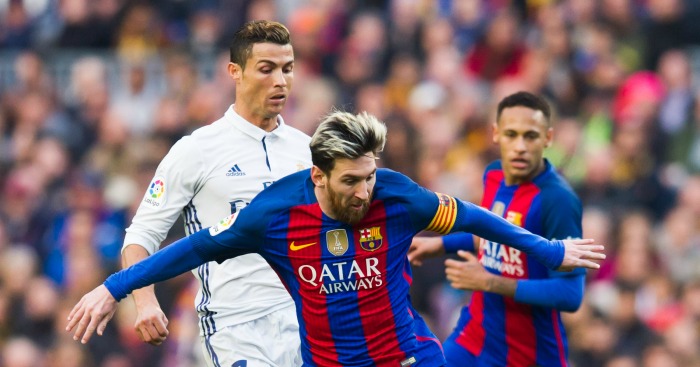 Fernandinho has rejected the accusation that Manchester City are a buying club.

The Brazilian midfielder has seen Pep Guardiola bring in a number of new players since joining the club in 2016.

Yet Fernandinho believes that City’s financial might does not mean that they have to buy the best players. Instead, he believes, they are based on developing players through their academy.

“Could we sign Messi or Ronaldo? I guess so, but then you have to consider the club’s priorities first,” Fernandinho said in an interview with Goal.

“We have the financial power, everyone knows that, but there’s the priority issue that must be considered.

“Are we aiming to sign one player or to assemble a strong, competitive team to achieve our goals?

“Sometimes people mistake some things regarding that, thinking just one player would make up for the needs of an entire club. Maybe it’s not supposed to be like that.

“City have been working throughout the years to mount competitive teams and pursue titles.

“Of course, the club made some big and strong investments in the beginning, with top-level and well-known players, but the project itself is based on having a strong team, on developing a top academy structure to reveal new players.

“The City project is much more than about signing a single player with a strong name, that would eventually cost a lot more.”