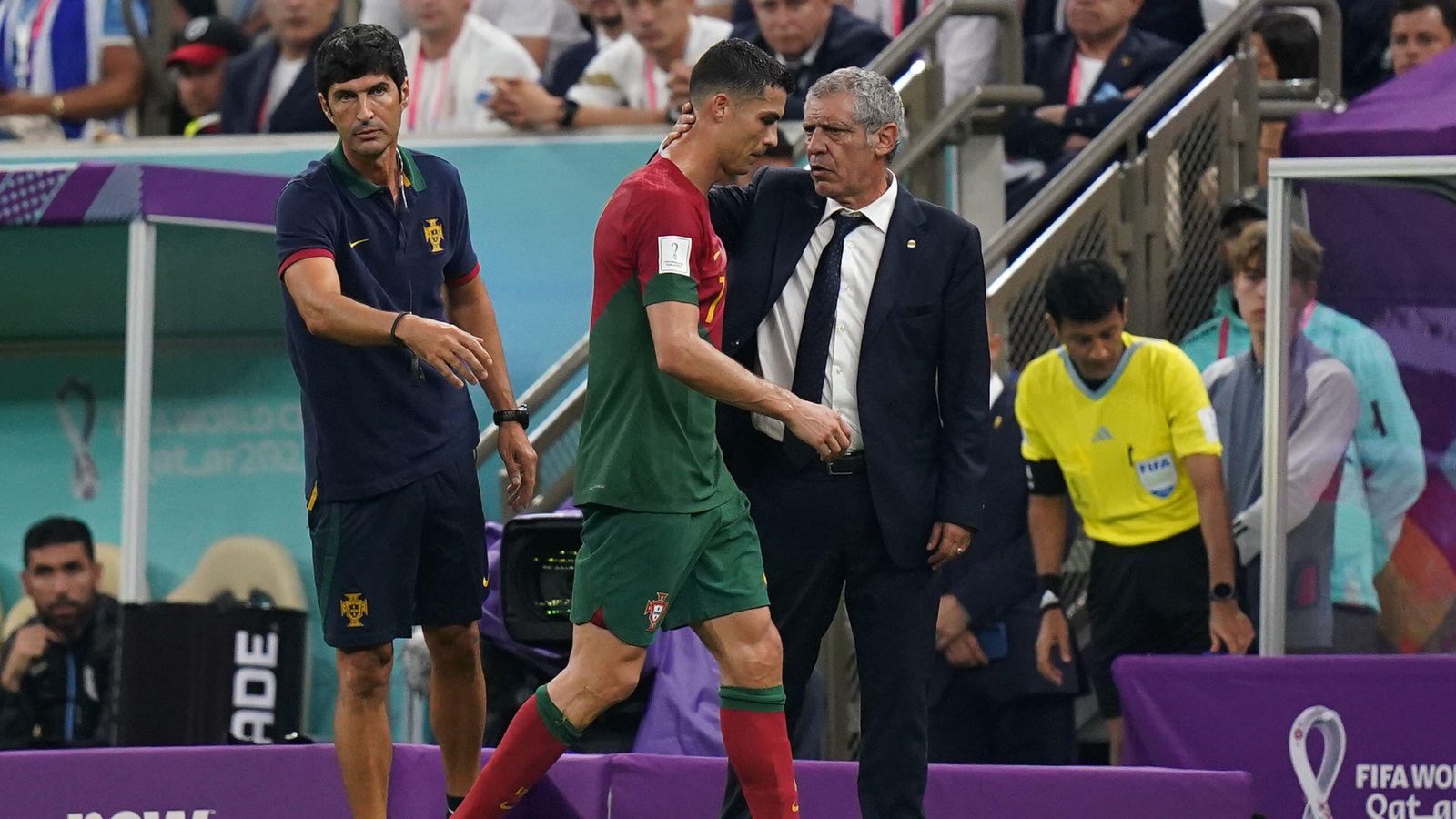 Portugal coach Fernando Santos has revealed he was not happy with Cristiano Ronaldo’s reaction after being substituted in their final World Cup group game.

Ronaldo appeared angry after being withdrawn 25 minutes from the end of Friday’s 2-1 loss to South Korea.

The former Manchester United and Real Madrid forward later said his frustration was aimed at an opposing player rather than Santos for taking him off.

Ronaldo claimed one of the Korean side told him to leave the field quickly and he did not take kindly to the remark.

Either way, Santos accepts it was not a good look for the team and he has not confirmed if Ronaldo will captain the side in Tuesday’s last-16 clash against Switzerland.

Speaking at his pre-match press conference, Santos said: “If I see the images – I didn’t like it, not at all. I really did not like it.

Asked if he could still trust his captain, Santos said: “I only decide who’s going to be the captain when I’ve reached the stadium, so I don’t know. I don’t know what the line-up will be.

Ronaldo’s presence has cast a shadow over Portugal’s campaign, with his arrival in Qatar overlapping with the messy end of his second spell at United.

Although he scored against Ghana to become the first man to net in five World Cups, his performances have been generally underwhelming and the subject of criticism in Portugal.

He has generated further headlines over the weekend with reports he has received a big-money offer from Saudi Arabian club Al Nassr.

Santos said: “I didn’t even know about this. That’s his decision, that’s what he has to deal with. We are totally focused here on the World Cup.”

Portugal remain favourites to progress to the last eight at the expense of the Swiss in the clash at the Lusail Stadium but their opponents are optimistic.

Coach Murat Yakin said: “We’re very much looking forward to this game. It’s a big opportunity for us to make history for Switzerland.

“We’ve seen how euphoric the people are about the fact that we are at this stage and, of course, we’d love to give our fans one more game.

“We’re very ready for the game.”