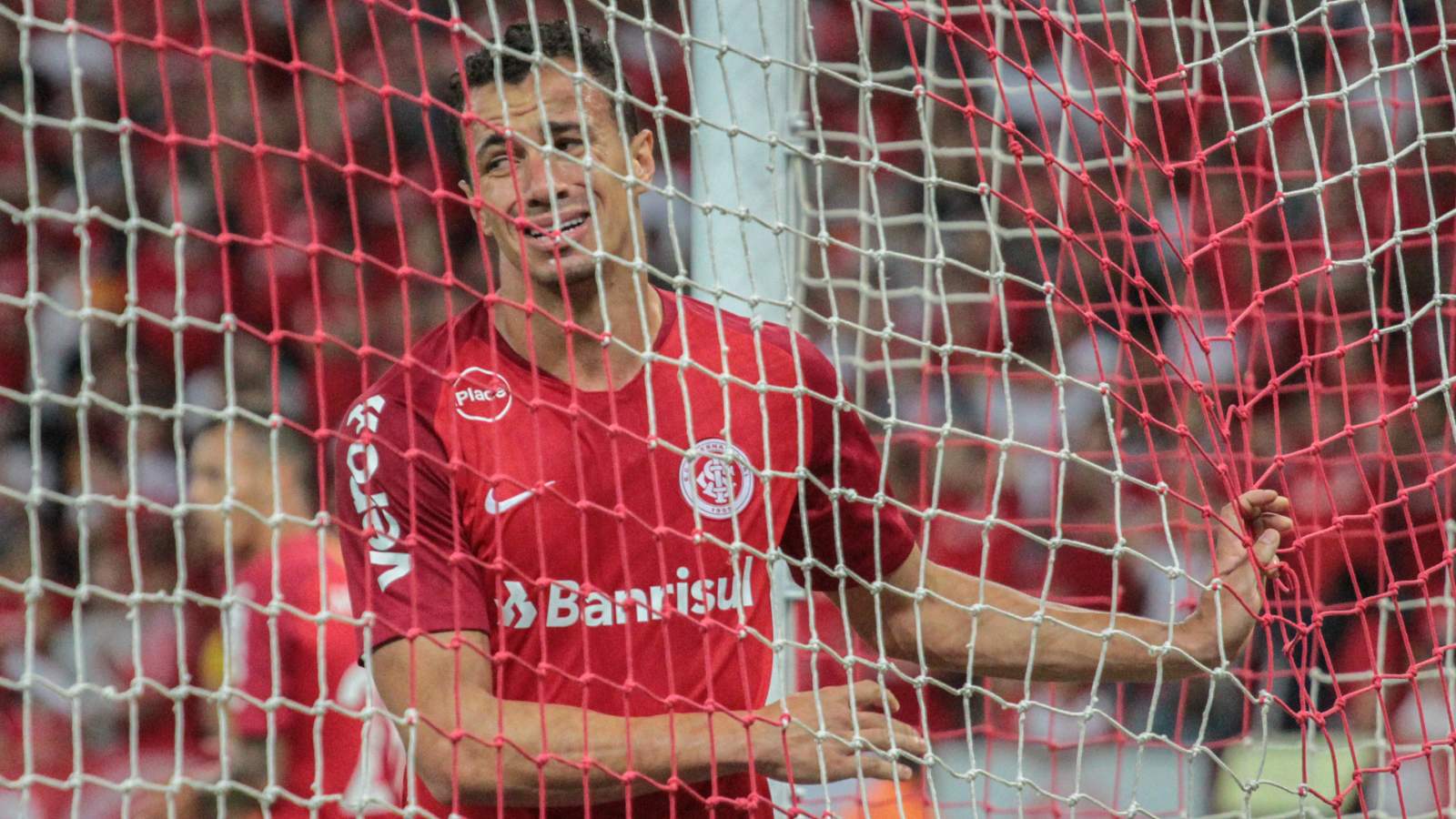 A fun game with simple rules: it’s a team of players who were famously and repeatedly linked with Spurs but never actually signed for them. We say fun, which it was right up until we remembered that football teams will traditionally include a goalkeeper…

GK: Sam Johnstone
We can’t immediately think of a goalkeeper Spurs were linked with a lot but didn’t sign. Hugo Lloris would have been ideal here, but for the tiny little inconvenient detail that his summer-long saga ended with him signing for Spurs and then, to make matters worse, staying at the club for a decade of largely unchallenged No. 1 status that scuppered the chance for any further goalkeeper-based saga.

We’re pretty sure that goalkeeper would be a weak spot in this sort of XI for most clubs because they just don’t get the transfer clicks like strikers, do they? Sam Johnstone has been linked with Spurs a fair bit over the last couple of years but we can’t lie, this one is a placeholder. If it’s still there when you get to read this then we have struggled. But things will improve from here, almost certainly. Hopefully.

CB: Gary Cahill
Okay, that’s not much of an improvement but defenders are the hardest part of these features apart from goalkeepers. Potential here for someone to do one of those ‘deep dives’ on transfer rumours and sagas and such and what percentage of them are attackers. It’s pretty high, would be our starting hypothesis.

Anyway, we still think this one is vaguely interesting because it’s a reminder of a time when you never really needed to work that hard doing transfer stories about Spurs because they were managed by one Henry James Redknapp who was ready and willing to do the work for you.

One of his favourite refrains during his time at Spurs was to repeatedly rue the narrow failure to land Gary Cahill from Bolton before the villainous Chelsea nipped in and snaffled him. Usually after Redknapp’s Spurs had lost thanks to some defensive silliness or other – which, being Spurs, was relatively frequent – he would be heard uttering some variation of “Cahill was one we came close to but The Chairman couldn’t quite get the deal done.” It was a lovely little bit of drive-by buck-passing but it always made us laugh because, with no disrespect intended to a fine footballer who had an excellent career, Cahill is a vaguely underwhelming player to spend so much time and effort rueing.

Still, at least it actually was a transfer saga – albeit one perpetuated almost entirely by the over-sharing manager after it had actually taken place – about a player who probably did come quite close to actually signing for Spurs. Which is one of the reasons he gets in the side and the other great rued near-miss – Rivaldo and his infamous letter – does not. Because Rivaldo to Spurs was never really a thing was it? It was never going to happen, it was never really touted to happen over any kind of extended period and, crucially, Rivaldo was an attacker and we’ve got loads of those to choose from.

CB: Alessandro Bastoni
In a summer when Spurs and Antonio Conte managed to get pretty much everything they wanted, the one exception was Inter’s excellent Bastoni. The fact Spurs contrived what look like placeholder solutions of their own by bringing in Clement Lenglet on loan and trusting the rejuvenated and reliable Ben Davies to be their first-choice LCB offers us great encouragement that we remain far nearer the start than the end of Bastoni’s Spurs journey. It’s one that may well still end up with him actually turning up at WHL, although for the sake of future versions of this feature we hope not. A confident prediction, though, is that Spurs will make one last almost certainly unsuccessful tilt this month at completing this transfer just before it turns into a proper multi-window epic.

CB: Mark van Bommel
There was a genuine school of thought at one time that ankle-bothering Dutch destroyer Van Bommel would be up for joining Spurs because he once scored a thriker there for the national team. In fairness, this seemingly preposterous notion was fuelled by the man himself who was often to be found talking fondly of Spurs before – and this is key – not signing for them. “It’s a fine club with a beautiful stadium and a good squad,” he once told De Telegraaf. “I have played at White Hart Lane with the Dutch national team and with PSV.”

David Pleat took in several games in Holland during a spell as Spurs director of football and occasional caretaker manager after whatever disastrous reign had come to an inauspicious end this time. He wasn’t only watching PSV’s MVB, though. He was also on the trail of a highly-rated Eredivisie youngster according to Sky Sports at the time. ‘Spurs are also continuing on the trail of Feyenoord’s highly rated winger Robin van Persie. Pleat was impressed by him earlier this year and has again travelled to watch him play, and a summer bid for him looks increasingly likely.’

Whatever happened to him?

LWB: Stewart Downing
We put it to you that Stewart Downing is the most Spurs player never to actually play for Spurs. To the extent that if we went “Hey, isn’t it weird that Downing wasn’t more of a success at Spurs? Mad that his only two goals in 47 appearances for Harry Redknapp’s side came in the League Cup” you’d probably nod and go along with it because all of that just feels right.

Constantly linked with a White Hart Lane move for much of the late noughties until instead joining Aston Villa at a time when joining Villa rather than Spurs wasn’t really an oddity. His 2008 and 2009 Spurs near-misses were also in that golden era when any Spurs transfer rumour would also involve Gareth Bale being mentioned as a possible makeweight going the other way, which is a great time to look back on.

You’ve also got to admire that Redknapp’s response to missing out yet again in 2009 was to retreat to his happiest of happy places and signing Niko Kranjcar instead. Even Downing’s mum knew he was Spurs from his early childhood. As Downing himself said when naming Spurs as his second team: “I don’t know why, I think it was the kit. My mam used to get me the kit. I think it was when Jurgen Klinsmann was playing, that type of era. I remember the yellow Holsten kit. Don’t ask me why! But Middlesbrough was the team I supported.” Mums know best.

CM: Joao Moutinho
Surely came closer than anyone else here to spoiling everything by actually signing for Spurs. Because he actually did sign for Andre Villas-Boas’ Spurs, but a minute past the deadline. “It was my mission to play in the Premier League. I’ve had one of two opportunities in the past. The first was Everton, the second was Spurs. It didn’t happen, it was one minute from happening.” Bad news for Spurs, good news for Wolves and this feature.

CM: Willian
One of the great transfer banters, you have to admit. Travelled to London on Tottenham’s coin and even went through the formalities of a Spurs medical before sneaking off to sign for Chelsea and win a couple of Premier League titles instead. Of all the failed transfers to have made steam come out of Daniel Levy’s ears, this might just sit top of the whole pile. Redeemed himself to an extent in Spurs fans’ eyes years later by joining Arsenal and being cartoonishly bad.

RWB: Jack Grealish
During that absurd 2018 summer when Spurs managed to sign not one single soul, the player they were most consistently linked with and came closest to bringing in was a youngster who’d been tearing up the Championship with Aston Villa. It might be the low point of Levyball, with the infamous Spurs chairman consistently attempting to lowball Villa, attempting to cash in on the club’s financial weakness.

By the time Levy finally deigned to offer something even halfway towards Villa’s £40m valuation, the Villans had new owners and no financial need to sell. Still, it’s not like 2018/19 ended up being a season where Spurs ended up rueing the fact they ran out of puff in attack in some kind of massive game or anything. Let’s also enjoy the prospect of a Spurs team with Downing and Grealish as very different if equally unlikely marauding wing-backs. Cynics may suggest it’s just to do with the lack of defender-based transfer rumours. We would respond by saying a) you’re right but it’s also very on brand for Spurs historically to have too many attacking players on the pitch and for Conte specifically to believe that inside literally any footballer is a wing-back just waiting to be converted.

ST: Giuseppe Rossi
Perennially linked with Spurs during the great banter years of Harry Redknapp, but makes this team over your Klaas-Jan Huntelaars and your Luis Fabianos and even Rivaldo’s Letter because of the 2019 coda when, almost a decade after the initial saga, a very different Spurs were once again linked with a January swoop for the, deep breath, US-born-former-Manchester-United-youth-and-Italian-international after Harry Kane had one of his ankles. A lovely callback.

ST: Saido Berahino
One of the all-time great Premier League sliding doors moments came in the summer of 2015, as Spurs finally gave up their long and fruitless attempts to bring Berahino to White Hart Lane.

FFS Levy, you tightwad. Pay the money! Berahino knows this league and can hit the ground running! What does some unknown Korean from the Bundesliga know about Our Football and Our League?! Spurs just never learn.

ST: Leandro Damiao
The absolute undisputed king of Tottenham transfer rumours. We’re still yet to be remotely convinced that ‘Brazilian striker’ ‘Leandro Damiao’ even exists having spent about a decade being constantly and loudly linked very and suspiciously specifically with Spurs on the internet yet spending almost his entire career in Brazilian and Japanese football, which as we know is invisible in Europe and thus essentially fictitious isn’t it? At the very least it’s easy to just make stuff up, like most of Pele’s goals. Even the three games so-called ‘Leandro’ did play for Real Betis on loan in 2016 feel like a banter getting out of hand. Just as Spurs is the ideal club for such a scam, so too surely is ‘three games’ and ‘Real Betis’ for the joke accidentally bleeding into the real, European world in some kind of Ali Dia fashion.