Home All The News FIFA Best Awards: Percentages and who voted for who… 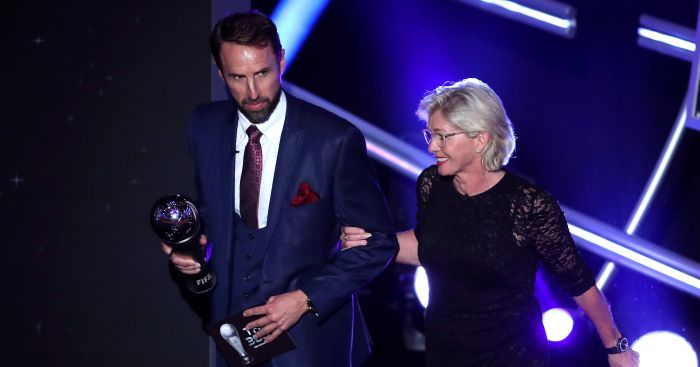 England captain Harry Kane finished 10th in the voting for the FIFA men’s player of the year as Luka Modric won with just under 30 per cent of the vote.

Real Madrid and Croatia midfielder Modric received 29.05 per cent of the total votes, with Cristiano Ronaldo and Mohamed Salah, who also made the three-man shortlist, getting 19.08 per cent and 11.23 per cent respectively.

Tottenham striker Kane, the only Englishman in the top 10, received 0.98 per cent of the votes.

Varane was the first choice of both Modric and Ronaldo, while Kane voted for the Portugal star.

England manager Gareth Southgate, who voted for Modric for player of the year, finished 10th in the voting for the coach of the year title with 1.57 per cent, with Manchester City boss Pep Guardiola fourth and Jurgen Klopp fifth.

The award winners were decided by national team coaches and captains, selected media representatives and an online pole, with all four given equal weighting.

And Sport Witness tweeted a graphic of some of the players voted for by some of the best players in the world, which makes interesting reading…

Sport have brought together some of the votes for The Best. Bias, pressure and self preservation from some. Maybe an argument to stop players voting for these things. pic.twitter.com/ChSgrF3jn4