Home All The News FIFA elect new president; England may bid for 2030 WC 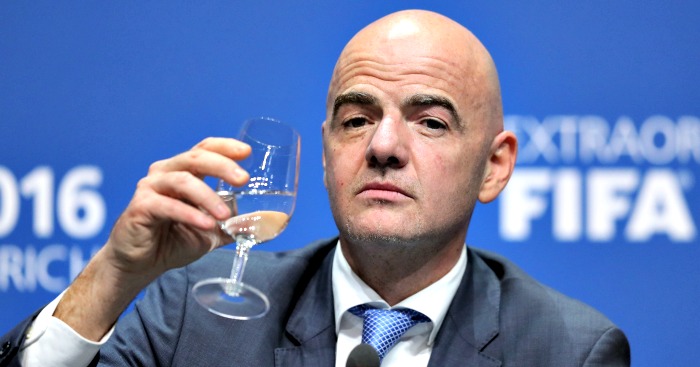 England will consider bidding for the 2030 World Cup after Gianni Infantino was elected new FIFA president.

The FIFA election entered a second round of voting for the first time in 42 years after Infantino, of Switzerland, secured more backing than many people’s favourite Sheikh Salman bin Ibrahim al Khalifa of Bahrain in the first round.

Initially a two-thirds majority was required to win, but a simple majority of more than 50 per cent – 104 votes – was sufficient for victory in the second round at the world governing body’s extraordinary congress in Zurich.

The 45-year-old lawyer is from Brig in the Valais region of Switzerland, less than six miles from Blatter’s hometown of Visp.

Prince Ali bin al Hussein had 27 votes in the first round and four in the second, while Jerome Champagne had seven and then zero as Infantino secured the additional votes required to become FIFA’s first new president since 1998.

Prince Ali backers turned to Infantino, who also profited from a split vote from African associations, which had 54 votes.

“We have to build bridges, not to build walls,” Infantino said. “Football can certainly do that. I want to focus on football.

“The election’s taken place, I’ve been elected, now we turn the page, we start to work, we work good together and I show the whole world I’m not a candidate of Europe or wherever. I’m a candidate of football and football is universal.

Blatter was voted in on five occasions, including last May, but after his final success he stepped aside within days amid allegations which led to a six-year ban from football-related activity, which he is contesting.

The resignation of Blatter, who strenuously denies any wrongdoing, prompted the extraordinary congress in the most pivotal period of FIFA’s 112-year history at which crucial reforms were passed.

Infantino will serve the remaining term of office for which Blatter was elected last May, meaning there will be a further election in 2019.

His first full week in office will begin with a football match at FIFA’s Zurich headquarters on Monday.

“FIFA has gone through sad times, moments of crisis, but those times are over.

“We’re going to win back this respect through hard work, commitment and we’re going to make sure we can finally focus on this wonderful game that is football.

“We’ll restore the image of FIFA and make sure everyone will be happy.”

Football Association chairman Greg Dyke, who is standing down in June, hinted England could again bid to host FIFA tournaments, having missed out on the 2018 World Cup in controversial fashion.

“I think we will certainly try to win some tournaments,” Dyke told Sky News.