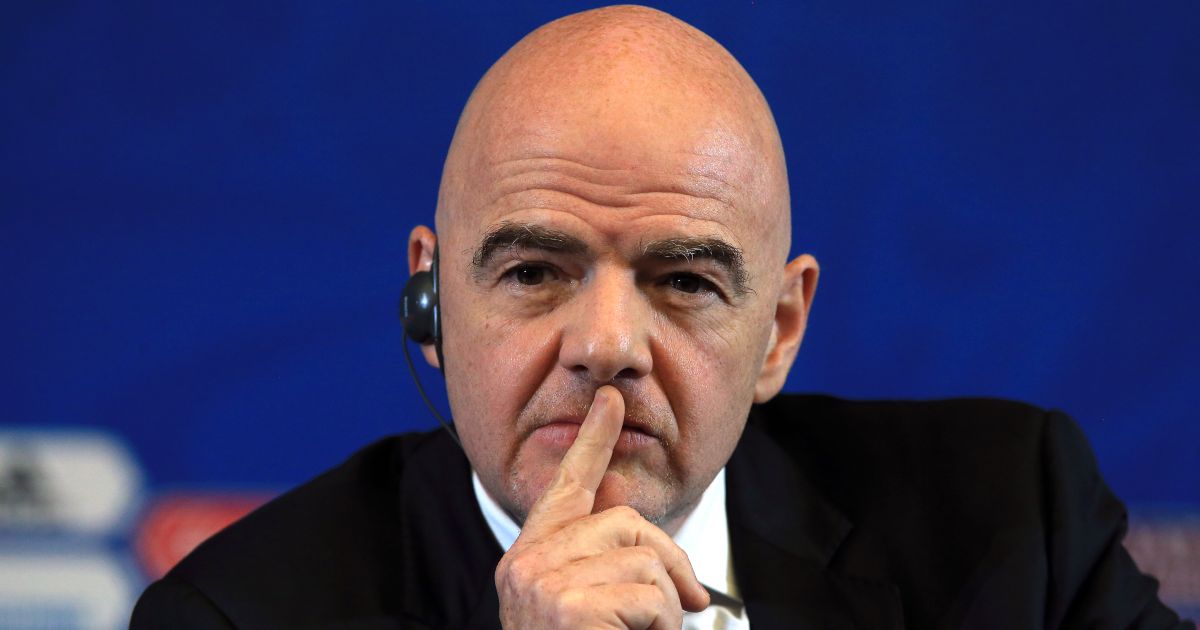 FIFA president Gianni Infantino supported the European Super League project because the clubs had given him guarantees they would play in a new-look Club World Cup every year, LaLiga president Javier Tebas has claimed.

Infantino said last week it was his job to speak to clubs large and small but that this did not mean FIFA â€œwas behind, was colluding, was plotting, (on) any Super League projectâ€.

Tebas remains convinced that documents he has seen clearly illustrate Infantino and FIFAâ€™s involvement in the development of the Super League, and set out what he saw as the FIFA presidentâ€™s motivation.

Pochettino returning to Spurs sounds mad, but it does make sense

Tebas believes plans for an annual Club World Cup featuring the Super League clubs and holding national team menâ€™s and womenâ€™s World Cups every two years were interlinked, and tied up in a Saudi-backed investment.

Tebas said in order to attract the funding required for a new Club World Cup, Infantino was told it would need to be an annual event with the participation of Europeâ€™s big clubs guaranteed.

The Spaniard said it was no coincidence to him that Saudi Arabia, a major backer of Softbank which he claims is prepared to support FIFAâ€™s projects, happened to be the national association which last week suggested a study looking at the impact of biennial World Cups, a study which will now go ahead.

â€œInfantino supported the Super League because (the founder clubs) guaranteed that they would participate in the Club World Cups,â€ Tebas said.

â€œThat is the strategy for FIFA, Iâ€™m not inventing it,â€ Tebas said.

â€œThe strategy is to launch everything at the same time so that Softbank can come along, put up the money and finance the entire project.

â€œInfantinoâ€™s ideas were very clear. With the Super League (he) would manage to get the Club World Cup and the participation of the big teams and he will get their support to ensure that we can have a biennial World Cup.

â€œIt means what they can do is empty the assets from the national leagues.

â€œThe Super League ideology is now within FIFA â€“ itâ€™s as if they also believe in that, and itâ€™s affecting football negatively in general.â€

FIFA declined to comment on Tebasâ€™ latest claims when approached by the PA news agency, and simply referred back to Infantinoâ€™s remarks at FIFA Congress last Friday.

Infantino said football should not look outside its existing structures to address the challenges facing it, but said there was a need to start â€œwith a blank sheet of paperâ€ when looking at how competitions and the schedule should look when the new international match calendar starts in 2024.

On Wednesday FIFA launched a new consultation process aimed at â€œplanning and shaping the football of tomorrowâ€.

Tebas believes FIFAâ€™s plans for new competitions, and shorter intervals between existing competitions, will place indirect pressure on leagues such as LaLiga and the Premier League to reduce to 18 clubs, but said: â€œWe are going to defend it, legally if necessary.

â€œWeâ€™re not stupid and weâ€™re not going to allow that.â€