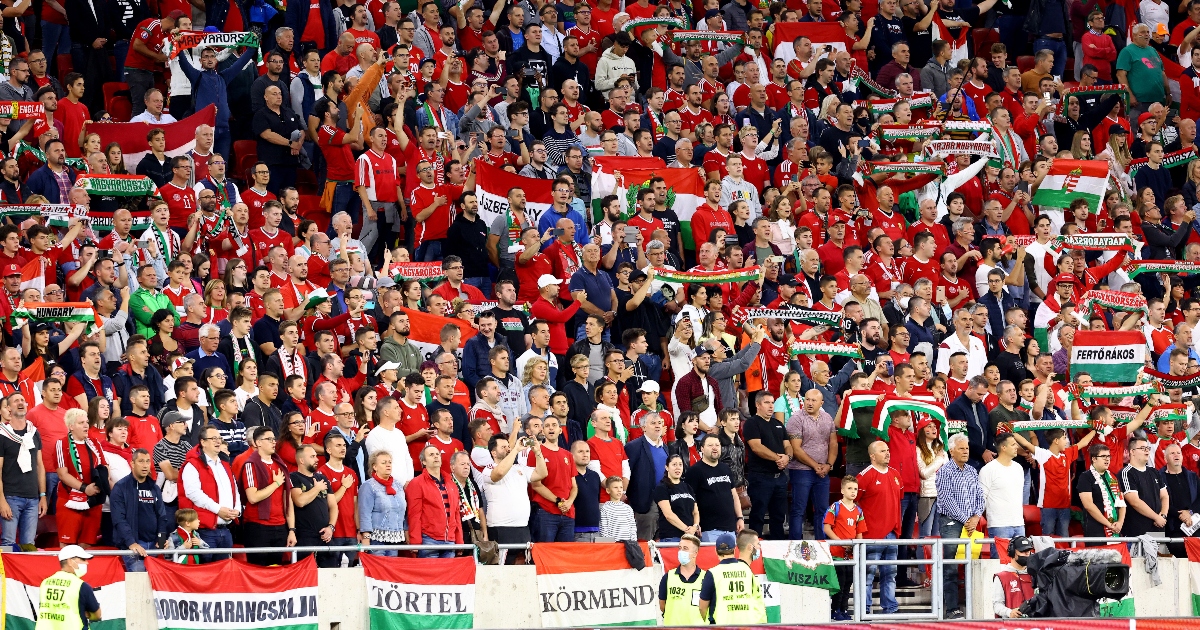 Hungary have been ordered to play two home FIFA competition matches behind closed doors, one suspended for two years, over racist behaviour by fans at the World Cup qualifier against England earlier this month.

Raheem Sterling and Jude Bellingham were targeted with monkey chants during the match on September 2 in Budapest, which England won 4-0.

In addition to the stadium ban, FIFA’s disciplinary committee imposed a fine of £160,000.

Wycombe Wanderers could teach Pep a lesson about injustice

A FIFA statement read: “After analysing and taking into consideration all the circumstances of the case, specifically the seriousness of the incidents (racist words and actions, throwing of objects, lighting of fireworks, blocked stairways), the committee decided that the MLSZ would play its next two home matches in FIFA competitions without spectators, the second match being suspended for a probationary period of two years.

“FIFA’s position remains firm and resolute in rejecting any form of racism and violence as well as any other form of discrimination or abuse. FIFA takes a clear zero-tolerance stance against such abhorrent behaviour in football.”

FIFA opened proceedings against Hungary the day after the match, but the football authorities were criticised over the failure to carry over a UEFA stadium ban imposed in July for racist chanting and homophobic banners into the World Cup qualifiers, which are overseen by FIFA.

Kick It Out chief executive Tony Burnett told the PA news agency at the time of the abuse that it was “preventable and predictable”.

The Professional Footballers’ Association also condemned the abuse and urged FIFA and UEFA to close the regulatory “loophole”.

Former England defender Rio Ferdinand told PA on September 10 that he expected a team would soon walk off in response to such abuse, because of what players see as insufficient deterrents from the authorities.

“That will happen soon, a team will walk off. I don’t know about England but it will happen because players are feeling more empowered to be able do that,” he said.

“It is being spoken about more and more and it won’t feel abnormal doing it because vocalising how you feel makes it more normalised. Then people will end up doing it unless the authorities really start to put things in place which is a deterrent to these fans.

“At the moment the authorities are saying we will give you a little slap on the wrist and a little fine, but it doesn’t affect the fans so there is no deterrent to stop the fans spouting this s***.”