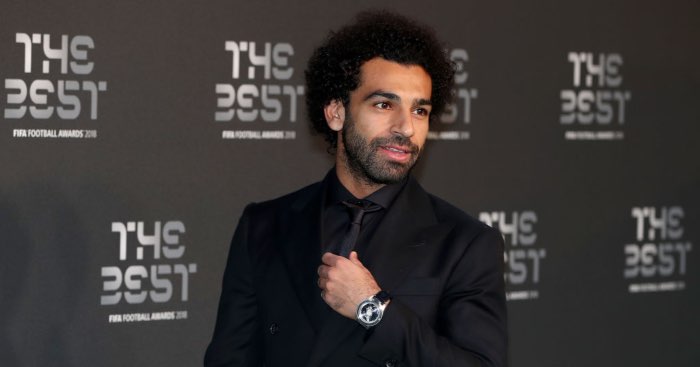 FIFA has revealed the reason why votes for Liverpool and Egypt winger Mohamed Salah were not counted at their Best awards earlier this week.

The Egypt Football Association wrote to FIFA asking why votes for Salah by coach Shawky Gharib and captain Ahmed Elmohamady were not counted.

The world governing body said on Thursday that Egypt’s ballots were discounted as they were written “in capital letters and thus seemed not valid (not authentic)”.

Neither of the votes were included in the summary published on Fifa’s official website. Salah finished in fourth place, behind winner Barcelona’s Lionel Messi, Juventus’ Cristiano Ronaldo and Liverpool team-mate Virgil van Dijk.

FIFA also claimed that Egypt’s voting forms were “not signed by the [EFA’s] general secretary which is mandatory.”

On Tuesday, Salah tweeted: “Whatever they do to try to change my love for Egypt, they will not succeed.”

FIFA’s voting system came under further scrutiny on Thursday when Juan Barrera, the captain of Nicaragua, questioned the record of his ballot.

Barrera is recorded as having voted for Messi, Sadio Mané and Ronaldo, but the 30-year-old tweeted on Tuesday: “Do not vote for the prizes #TheBest2019 Any information about my vote is false.”

Nicaragua NT captain Juan Barrera claimed that he didn’t vote for Lionel Messi in FIFA Best.
He ensured that he didn’t participate in the election but his name appears on the FIFA published list where he voted Messi as FIRST. pic.twitter.com/dmclzQsRmu

Zdravko Lugarisic, the head coach of Sudan, has claimed that he voted for Salah as his first-choice despite Fifa’s website giving his vote to Messi.