Home Johnny Nic FIFA right on poppies; they ARE political…

This bullying to show the emblem rather than empathy has to stop; it's what Johnny's dad fought against. 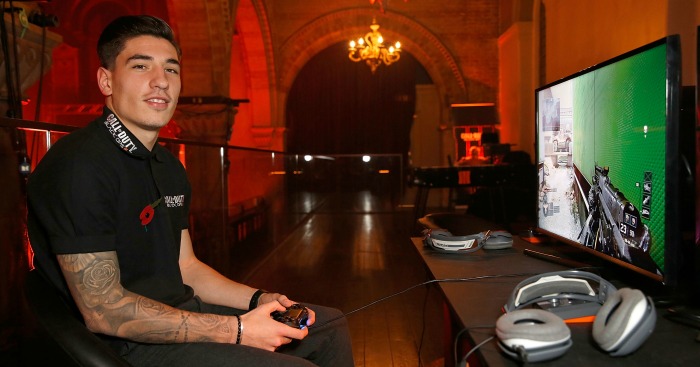 Every year we get a fuss about football and poppies from the right-wing tabloid press, who are always be on the look-out for a reason to express faux outrage. To me, the overly ubiquitous poppy has begun to feel more like a celebration of war; a celebration of bloodshed, and frankly, unlike the Daily Mail, I have no desire to oil the jaws of war and feed it with our babies.

I lost three uncles in the Second World War and had a father who probably suffered from undiagnosed PTSD his whole life after being a gun-sighter in the North African desert, aged 19. A man who won medals for accuracy, but who threw them away after the war in disgust at what had been asked of him. A man who knew he had killed hundreds or thousands of anonymous young men, men much like himself, men who – when the 8th Army captured them – he realised had been coerced into an army and forced to fight for a cause they mostly didn’t believe in. And he struggled all his life to deal with that fact.

My upbringing suffered directly because of this, so I, and many others, don’t need to wear a poppy to remember the effects of war, or the sacrifices made; they’re with us every day of every year. But no-one dare appear on TV without one now for fear of getting it in the neck from those who portray not wearing one as some sort of insult to the war dead.

The expression ‘poppy fascism’ is almost a cliche, but when you see the confected tabloid rage, it is so very true. It is as though showing you care, even if you don’t, is the most important thing – the emblem superior to the empathy.

As my three Hull-born uncles hurtled to the ground in planes that had been shot down by the Luftwaffe, soon to be shredded like so much human corned beef, they wouldn’t have wanted it this way. They were fighting for the right not to do what people told you to do. The right not to have things imposed upon you. Of course they sodding were, they were from Yorkshire, it was in their DNA. They were fighting for the right to resist political and cultural dictatorship. And they would’ve sodding hated sodding London papers like the Mail telling them what to do. Bloody London.

But still it goes on. Show you care, show you care, even though enforced gestures are meaningless. And into this complex issues come our poor footballers who just want to kick a ball around. It’s said that the players want to wear the poppy on the shirt or armband, but which player is really going to say otherwise, in the full knowledge of what would happen if they did? It’s easier not to make waves. And anyway, it’s a complex issue.

Who and what does the poppy really represent? Is it to make a protest at the futility of war? And is it a British-only thing? Does a poppy represent life or death? Is it a symbol that you can only wear if your country was on the right side? Could or should my dad have worn one to remember those German lads he blew apart? Can Germans wear poppies? How about Russians or Italians? Is it to remember all deaths in all wars, including Germans, or just British deaths? What about those who fought alongside Britain? Are they included? What about civilians who were killed, is it about them? Is it remembrance of all wars, or just the last couple of world wars? Is it to remember the sacrifices in European civil wars and if so, for which side? Tricky. How does it play out against the Balkan conflict? No-one really knows. But still we’re asking a footballer to wear it, even though a symbol is so easy to wear thoughtlessly; just ask Hector Bellerin who wore a poppy on a Call of Duty t-shirt. An awkward example of a thoughtless trying-to-do-the-right thing-ism.

FIFA has been a thoroughly corrupt organisation but that doesn’t mean every decision it has made is wrong. The ruling that no international shirt should have a political symbol is surely the right one and the poppy is political because if war isn’t political, then what is? Do you really want to facilitate an arms race of political symbols on football shirts? Football is played in some countries that are ruled by some very dodgy people. What if a country we don’t like wants to put a symbol on their shirt that is celebrating or commemorating something we think was wrong or is offensive? What do we do then? Does whatever you feel the poppy represents have to be expressed on a football shirt?

Not having political symbols on football shirts is a simple, sensible rule to have. It’s not an insult to anyone. On the day there’ll be other collective respectful recognition of the sacrifices made, and you can choose to wear your poppy at the game, or wherever and whenever you want, but there is no virtue in forcing it upon anyone, let alone footballers, in what sometimes feels like little more than a bullying exercise in competitive compassion.