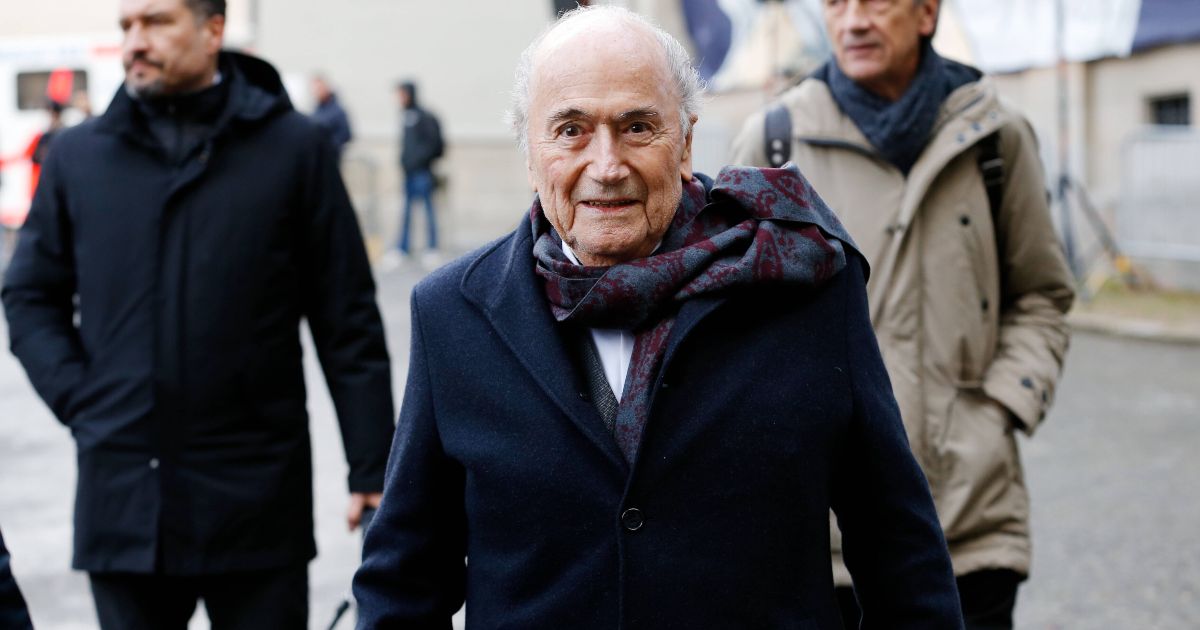 Former FIFA president Sepp Blatter has been given a new ban of six years and eight months from football, the world governing body has announced.

The ban has been imposed for multiple breaches of FIFA’s ethics code and comes into force when a current suspension ends in October, FIFA said.

The same length of suspension has also been imposed on the organisation’s former secretary general Jerome Valcke.

A statement from FIFA said: “The investigations into Messrs Blatter and Valcke covered various charges, in particular concerning bonus payments in relation to FIFA competitions that were paid to top FIFA management officials, various amendments and extensions of employment contracts, as well as reimbursement by FIFA of private legal costs in the case of Mr Valcke.”

The adjudicatory chamber of FIFA’s ethics committee found Blatter, 85, in breach of rules concerning duty of loyalty, conflicts of interest and offering or accepting gifts or other benefits.

Valcke was found to have breached those same ethics code articles, plus abuse of position.

Blatter was initially banned for eight years in December 2015 over ethics breaches. That sanction was reduced to six years by FIFA’s appeals committee and upheld by the Court of Arbitration for Sport.

Both men have been fined one million Swiss francs (almost £780,000) over the latest breaches, FIFA said.

FIFA’s ethics investigators found Blatter had been involved in implementing a bonus scheme from which he and other officials, including Valcke, had benefited.

It found Blatter had accepted an “undue economic benefit” of 23 million Swiss francs (almost £18m) over the period between 2010 and 2014.

The ethics investigation discovered that Blatter and Valcke, along with former Argentinian football federation president Julio Grondona and former FIFA finance director Markus Kattner, had “set up a scheme through which they were allowing themselves to obtain extraordinary benefits with a minimum of effort”.

It continued: “This vicious circle saw three of them (Blatter, Grondona and Valcke) signing the amendment contracts of the others and approving the respective extraordinary bonuses, while the fourth (Kattner) was in charge of implementing the payment of such bonuses (as well as of keeping the matter ‘off the books’, by not reflecting the bonuses in the FIFA financial statements and not reporting them to the FIFA auditors).”

Investigators found employment contracts for Blatter, Valcke and Kattner were amended “without any supervision or control from an internal or external body in FIFA” and that the officials involved “actively concealed” the bonus payment awards by not fully declaring them in the organisation’s financial records.

Blatter, the judgement said, should have been aware of the risk for a conflict of interest that he was exposing himself to, in approving contract amendments for individuals who in turn signed off on the bonus awards due to him.

It said the determination of the bonuses was “the result of secret decisions taken by an inner circle of FIFA senior management” rather than a clean and orderly decision-making process.

The investigation found that amended contracts for Valcke and Kattner – which Blatter approved – contained indemnity clauses which meant that even if their employment was terminated for good cause, they would still receive compensation.

“These provisions go beyond what is reasonable and permissible as there was not enough reason that could justify such generous behaviour by FIFA as the employer,” the judgement said.

It continued: “Mr Blatter held the highest position in football as FIFA president and, as such, had a tremendous responsibility to serve the football community as a role model.

“By his conduct, the integrity and objectivity of FIFA have therefore been exceedingly violated. FIFA’s reputation has doubtlessly incurred serious and long-lasting damage.”