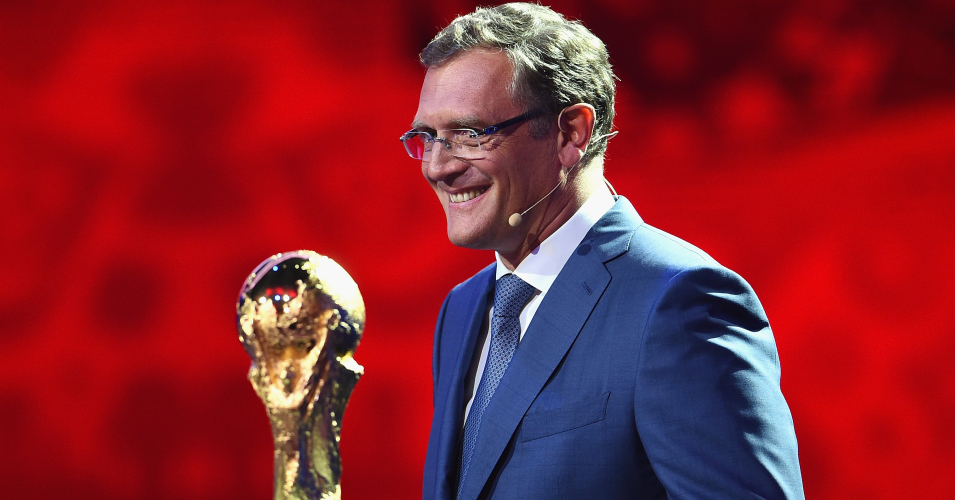 Jerome Valcke tried to secure a pay-off of several million pounds from FIFA just a week before he was suspended, it can be disclosed.

Valcke, FIFA’s secretary general, was suspended by the world governing body on Thursday pending an investigation into allegations he was implicated in a World Cup tickets scheme. He has denied any wrongdoing.

The Frenchman had announced in July he would leave the organisation along with outgoing president Sepp Blatter in February. Sources close to FIFA have told Press Association Sport that Valcke has been keen for some time to make an early exit from the governing body.

Valcke’s contract had three years to run and it is understood Valcke wanted to be paid out in full for the remainder of the deal but was unsuccessful in negotiating a pay-off. In 2007, his predecessor Urs Linsi was given a pay-off worth £3.6million.

Meanwhile, Blatter has emailed FIFA staff saying the organisation can recover from this “difficult situation”.

Blatter said: “FIFA is confident of its ability to recover from the present difficult situation and restore its reputation for the good of the game.”

Valcke was suspended after emails and documents were released which suggested he was aware that a Swiss marketing company were selling off World Cup and Confederation Cup tickets for almost five times the face value.

The emails and documents show Valcke signed off contracts with Swiss firm JB Sports Marketing AG for category one tickets for a number of matches. The company also claims it entered into a profit-sharing agreement with Valcke – though no money changed hands – and he strenuously denies asking for or receiving any money from JB Sports.

FIFA’s statement on Thursday said: ” FIFA has been made aware of a series of allegations involving the secretary general and has requested a formal investigation by the FIFA ethics committee.”

Valcke was en route to Russia for the celebration of 1,000 days to the start of the 2018 World Cup when his private jet turned back en route following the allegations becoming public.

FIFA says Blatter had never intended to travel to Russia and has remained in Zurich. Deputy general secretary Markus Kattner, who also signed the original contract with JB Sports, has taken over on a temporary basis.

In April 2013, Alon said in an email to Valcke’s personal email address that some tickets had been sold for up to five times the face value. But it was not until months later, in December of that year, that the contract was terminated.

Alon claims he sent an email to Valcke in April 2013 detailing how much was being made on each ticket – the biggest mark-up being 50 tickets for a second-round match in Sao Paulo with a face value of 230 US dollars being sold for 1,300 US dollars each.

Valcke insists FIFA terminated the agreement with JB once it realised Alon was selling tickets for the 2014 World Cup above face value. There is no explanation however at the delay in any action taking place.

A statement from Valcke’s US lawyer Barry Berke said he “unequivocally denies the fabricated and outrageous accusations”.

It said: “Mr Valcke never received or agreed to accept any money or anything else of value from Mr Alon. As has been reported, FIFA entered into an agreement with Mr Alon’s company, JB Sports Marketing. That agreement and FIFA’s subsequent business dealings with Mr Alon were vetted and approved by FIFA and its legal counsel.”

UEFA expressed its dismay at the latest scandal to hit FIFA.

“These are very serious allegations,” UEFA general secretary Gianni Infantino said at a press conference in Malta on Friday.

“We feel very sad about this news coming out on almost a daily basis… FIFA is the governing body of world football with 209 associations and something needs to be done, it will be done to improve its image.

“The (FIFA) general secretary has been suspended and there is an investigation going on, which was started by the FIFA ethics committee. It’s a great sadness to read this news, which is tarnishing the image of football and of FIFA.”