Home All The News FIFA Ultimate Quaran-Team: What is it? Who is taking part? 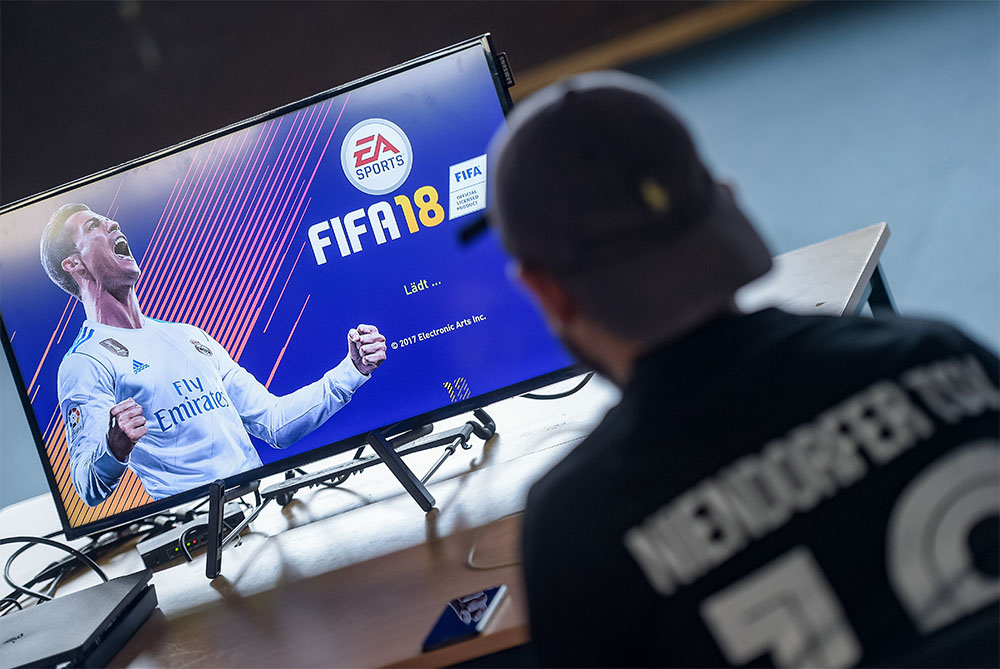 What is FIFA Ultimate Quaran-Team?

Put simply, FIFA Ultimate Quaran-Team is what happens when football clubs’ media departments suddenly have too much time on their hands due to the coronavirus lockdown.

The club in question here was English League Two side Leyton Orient, who decided that an enforced break in football was a good time to organise an eSports tournament in which 128 clubs would be represented in popular football game FIFA 20, with the PlayStation 4 the console of choice.

Clubs were invited to sign up on a first-come-first-served basis, and then left to find a player, or players, to represent them in the matches.

Despite the slightly jovial premise, there is in fact a very good cause behind it, with viewers invited to make donations during the tournament and the money going to lower-league clubs in who find themselves at serious risk due to the coronavirus pandemic.

75% of the money raised will go to the EFL, with the other 25% split between mental health charity MIND and the COVID-19 Solidarity Response Fundraiser setup by WHO (The World Health Organisation).

It’s a simple one-on-one knockout competition similar to the FA Cup, although there are no replays.

This varies slightly from other big FIFA eSports competitions, such as the ePremier League, which has two-legged matches in their finals.

128 teams started the competition with the losers in each round eliminated while the winners progress into the next round. A draw then takes place between the rounds to decide the next set of fixtures.

Extra-time and penalties will be used to decide ties if required.

What are the rules for FIFA Ultimate Quaran-Team?

Who is playing for their clubs on FIFA Ultimate Quran-Team?

After they signed up, clubs were free to decide for themselves who would be representing them in-game.

Some clubs picked academy players or staff, while others ran competitions.

Other clubs are being represented by members of the first team squad, with Premier League footballers Andros Townsend, Neal Maupay and Todd Cantwell playing for Crystal Palace, Brighton and Norwich City respectively.

Many clubs went all out and signed up professional eSports players, although most if the best and highest-profile ones were unable to participate due to their contractual commitments.

These days a lot of clubs have their own eSports teams, such as Manchester City, Ajax, and Roma, and they have simply opted to use those players. Original competition guidelines stated ‘we’d like teams to use the same player throughout the tournament, unless a valid reason can be given,’ but that seems to have been relaxed for clubs with their own eSports teams who interchange their players.

Where is FIFA Ultimate Quaran-Team played?

While these days most big FIFA eSports tournaments are played in dedicated studios or arenas, current world events – as the name of the competition suggests – dictates that the Ultimate Quaran-Team is played remotely over the internet.

How can I watch FIFA Ultimate Quaran-Team?

Twitch is your best friend here. For those unaware, Twitch is the world’s leading live streaming platform for gamers. It is a subsidiary of Amazon, meaning it is a serious operation and is set up to allow for easy chatting and interaction.

Clubs who have a Twitch channel are encouraged to broadcast Quaran-Team games on it, although some are using YouTube instead. Often, it’s the gamers themselves who are broadcasting it over their personal channels.

Where can I follow the Live Score and Streaming?

Football365 have created a dedicated Live Score Centre so you can follow all the scores and live streaming as the events unfolds.

Can I bet on FIFA Ultimate Quaran-Team?

Who are the top FIFA Ultimate Quaran-Team players?

The Dutch seem to produce some seriously good FIFA players and Groenland is right up with the best of them.

He is a professional for the Fortuna Sittard eSports team and is part of the ECV eSports stable.

Fiorentina are real contenders thanks to the acquisition of Salvaggio, who is a professional eSports player for both Hexon and Fiorentina’s own eSports team.

Taylor is a former trainee professional footballer having once been on West Ham’s books, but it’s his beloved Middlesbrough he will represent in Quaran-Team.

Since swapping his boots for analogue sticks, he has reached the FIFA eWorld Cup Grand Finals three times.

Nathan “Sneaky” Nayagom is well established n the eSports scene and is a member of the IFY eSports team.

As recently as November he was ranked inside the top 50 FIFA players in the world.

With eSPorts mirroring real life, it is no surprise to see Manchester City’s eSports team right up there with the favourites to win Quaran-Team.

City have invested more than most and assembled an eStar-studded line-up to choose from.

Top Aussie player Mark ‘Marko’ Brian Brijeski has a fine pedigree having finished ninth in the FIFA eWorld Cup as well as winning the eLeague in Australia.

Give Ajax some football to do, even virtual football, and they have a real habit of finding the best talent.

Esports is no different in that sense and the Dutch side should be contenders.

Russian Robert Fakhretdinov is the star of Lokomotiv’s own professional eSports team so won’t be one to be taken lightly as the tournament progresses.

Celta have followed suit of other teams and are sending one of their own into battle for them. Zamorano has plenty of eSports La Liga experience and won’t be dispatched easily.

Wednesday were not messing about when they signed up Delee to play for them in Quaran-Team.

Owls-fan Delee is a pro player and former Elite Series 4 runner-up, as well as a veteran of the FUT Champs Cup.