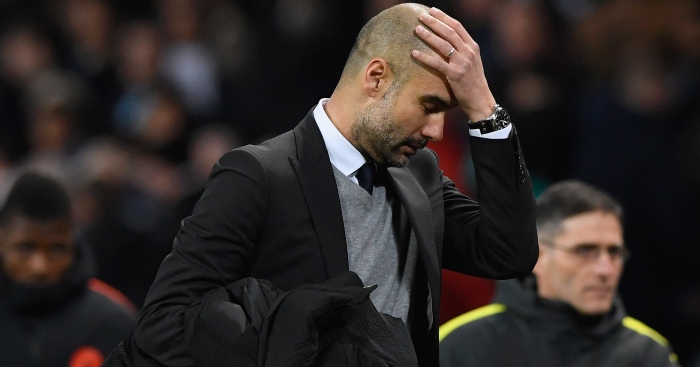 Manchester City aren’t happy. The Treble winners are being made to play twice in less than 48 hours between Christmas and New Year to satisfy the demands of broadcasters. They reckon it undermines ‘the sporting integrity’ of the Premier League.

Do they have a point?

“Premier League games are a huge physical demand. It’s not ideal to be made to play twice in less than 48 hours because it doesn’t give the players time to properly recover. We obviously understand that the paying rights-holding broadcasters are an important consideration when it comes to scheduling, but we also need to make sure that we protect the players’ well-being, the sporting integrity of the league, and the quality of the product.”

Is Omar Berrada, City’s COO, throwing the toys out of the pram? Damn right. And so he should There should be dummy spitting and rattles being tossed all over the place. Let’s deal with the facts…

Man City’s match against Wolves at Molineux has been moved from Boxing Day to the day after at 7.45pm, allowing Pep Guardiola’s side just 46 hours to prepare for their game against Sheffield Utd at home at 6pm on December 29.

Liverpool face Leicester at 9pm on Boxing Day, and will have 24 hours extra rest before their game at home to Wolves – presumably knackered from their battle with City – kicking off at 4.30pm on December 29.

It’s double injustice. Possibly the only team more f***ed than Man City will be Wolves, who have an even shorter turnaround before they face none other than City’s title rivals Liverpool.

Aside from this preposterously unfair fixture list amendment, Man City have six Premier League games in December and Liverpool have just four, owing to the Reds involvement in the Club World Cup on the 18th and 21st  – a competition which clubs feign to give a sh*t about, but don’t. Jurgen Klopp has the opportunity to rest his key players in this period while City play Arsenal and Leicester in the Premier League, games where rest or rotation is probably a risk they can’t afford.

The funds from Sky, BT and now Amazon Prime renders any other consideration for the Premier League negligible – this is nothing new. City, like all of the top flight clubs must come to terms with the hectic schedule as the TV deals continue to fill their pockets, and they should be able to deal with those demands better than most with a squad deep enough to field two very good teams.

But that’s not what this argument is about – it’s a question of what is fair. It’s not fair that Liverpool play fewer (important) games than City in December and it’s not fair that they get more rest between those games. That’s obvious, isn’t it?

Berrada may have a reasonable point but he will find sympathy in short supply. Especially from fans not even considered as an afterthought when it comes to fixture scheduling at Christmas or any other time of year.

But the treatment of supporters is a separate issue, one that will continue to be ignored for as long as it suits the clubs. So let’s deal with City’s gripe. Upon initial scrutiny, perhaps it is not entirely fair that City have less than 48 hours to rest between a trip to Wolves and a visit from Sheffield United. The fact that Wolves next play City’s title rivals Liverpool with less recovery time than the Reds doesn’t ease Pep Guardiola’s sense of injustice.

But fixture congestion, usually at the behest of broadcasters, is nothing new. Indeed, this isn’t City’s first moan of the year over a perceived disadvantage. Back in April, Guardiola complained over a ‘crazy’ schedule when they were made to play Cardiff less than 72 hours before an FA Cup semi-final. That worked out ok.

This is why you build a squad rather than a team so that intense scheduling becomes less of a concern. In the 29 days up to January 2, Liverpool could play nine games compared to City’s eight with two of them coming in Qatar.

As Berrada says, “it’s not ideal to be made to play twice in less than 48 hours,” but it is do-able and certainly not unprecedented. City, like most clubs, pump huge resources into their science department with players never better cared for. Those City players who will have to start both the Wolves and Sheffield United matches will have every resource available to re-energise them in time to go again.

As the tone of City’s protest indicates, they know they have no right to complain too furiously because they, like every other Premier League club, are only too willing to accept the huge hand-outs from broadcasters in the return for rights. This is what they signed up for, so it’s time to suck it up and use the two months beforehand to take all the necessary steps to avoid the schedule becoming as great a concern as their defence.