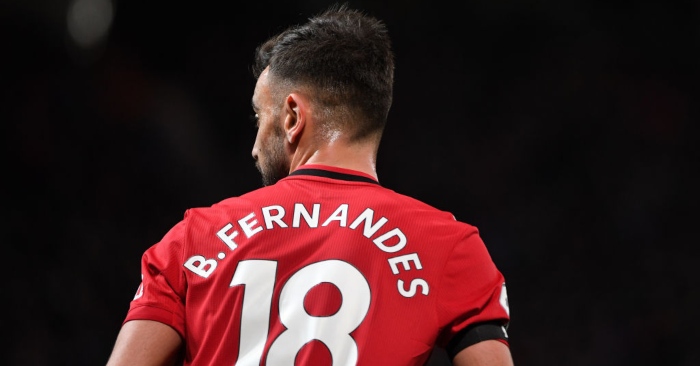 The 25-year-old signed a five-and-a-half-year contract in January, with the option of a further 12-month extension, in a deal worth an initial £46.6m from Sporting Lisbon, which could rise to £67m.

Fernandes scored 13 goals and provided ten assists in all competitions this season before his move to Man Utd and Figo hopes he can adapt quickly to life in the Premier League.

“He is one of the best football players in Portugal,” Figo told Sky Sports.

“He is in the international team, a midfielder that can score. He has the quality to [score a] goal and to be in the box.

“I think it was a good buy, I just hope that he can adapt as soon as possible to a different league.”

On whether Fernandes can have the same impact on Man Utd as legends such as Cristiano Ronaldo and Eric Cantona, Figo added: “He is a different player, he is not a striker [but] a midfielder.

“In these days the market is not so big so it is difficult to find players because everyone is looking for that and the production of talent is not as huge as in other generations.

“So sometimes you have to buy different players.”