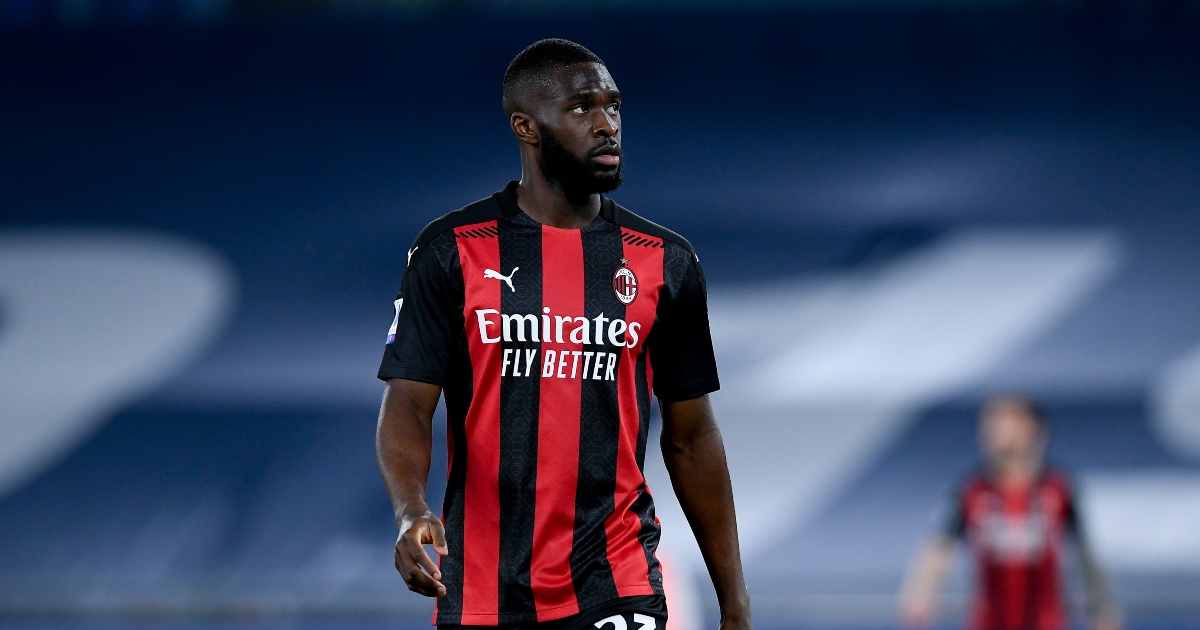 Fikayo Tomori has reportedly met with AC Milan chiefs to discuss a permanent move from Chelsea this summer.

He joined the Italian giants on loan in January after falling out of favour at Stamford Bridge.

The centre-back has become an important player in Milan, starting 11 times in Serie A.

According to Sky Sports Italy (via Daily Mail), Tomori has met with Milan directors Paolo Maldini and Frederic Massara to discuss his future.

Maldini and Massara are huge admirers of the 23-year-old and now need to convince club owners into spending big on him.

His loan deal includes a £25million buy-out clause, which could prove to be a steal for such a talented defender.

Tomori is thought to be keen to remain in Italy after the way he was cast out of the starting eleven under Frank Lampard.

The Englishman, who has since been replaced by the impressive Thomas Tuchel, waxed lyrical about Tomori on numerous occasions.

But in his final months he decided to bench Tomori which led to the loan deal.

Reports have since stated that Chelsea ‘regret’ the decision. They know they could lose a potential Premier League star for far less than his transfer value.

Milan boss Stefano Pioli was recently asked about Tomori’s future. He said: “We are so happy with Tomori, our plan with him is so clear. We want to confirm Fikayo and our plan is to keep him next season. Let’s see what happens with Chelsea.”

Club legend Franco Baresi also backed Tomori to become a ‘great champion’: “We’ll do everything to sign him on a permanent deal.

Tomori made his Serie A debut in a 2-1 win over Bologna at the end of January. He’s been a regular starter since then and has clearly impressed coaches at the Italian club.

He’s forming a solid partnership with veteran Simon Kjaer at the back. The latter will be a familiar name to Manchester United fans after he scored against them in the Europa League in March.