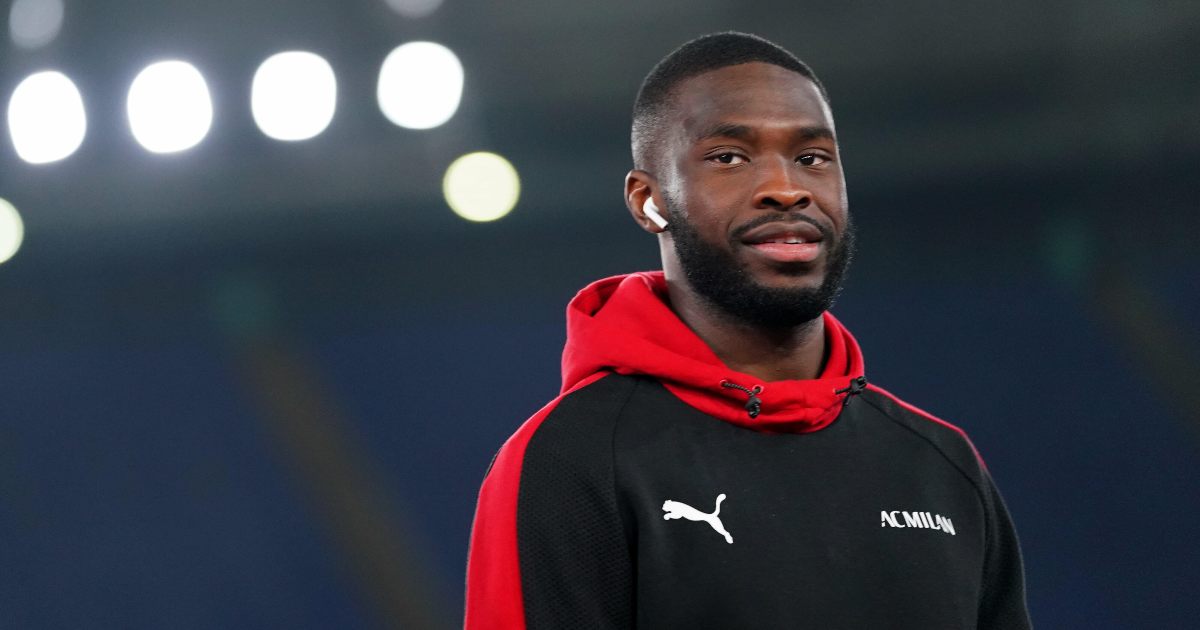 Fikayo Tomori will pitch himself into Europa League battle with Manchester United on Thursday evening content to let his future look after itself.

The 23-year-old Chelsea defender joined AC Milan on loan in January and has already impressed sporting director Paolo Maldini enough for the renowned former Italy international to indicate the Serie A club’s interest in a permanent deal.

Asked about Maldini’s comments at Milan’s pre-match press conference, Tomori said: “It’s a good feeling and to hear something like this obviously gives me confidence, but I just want to carry on doing what I’m doing that’s got me to this stage and go even further.

“I’m not really focused too much on what can happen in the future, it’s just more about me playing well for the team and doing what I can for myself right now and helping the team as much as possible. Then what happens in the future will happen.

“But obviously it’s very nice to hear that from one, if not the, greatest defenders to have played the game.”

Tomori, a former under-21 international who has one senior England cap, headed for Italy days before Thomas Tuchel replaced Frank Lampard at the Stamford Bridge helm and, although he has not yet spoken to the German, he is relaxed about the situation.

He said: “It’s nothing that I’m worried about or anything like that, I’m focused on what’s happening here and I’m sure that he’s doing the same at Chelsea.”

In the meantime, Tomori and his team-mates will concentrate on the task of trying to gain a foothold in their last-16 clash with United despite heading into the first leg with coach Stefano Pioli’s squad depleted by injury.

It will be the first time two clubs steeped in European tradition have met in 11 years and both have slipped from the pedestals they once occupied since.

Asked if the tie was like a final, Pioli said: “I don’t think it’s an early final in the sense that there are still plenty of very, very good teams left in the tournament, but of course it is a prestigious tie when it came out of the hat, there’s no doubt about that.

“We’re two teams with a lot of tradition, a lot of history in Europe and for us, we want to work hard and try to realise our dreams and go back to winning at the highest possible level.”

Milan will run out in good form having beaten Roma and Verona either side of a draw with Udinese, but knowing the stakes have been raised by United’s derby victory at Manchester City.

Pioli said: “It was a terrific victory in the derby against a fantastic City team who were on the back of what, 20, 21 consecutive victories?

“But the fact of the matter was that United certainly deserved to win. They played with a huge amount of intensity and quality. Sure, we’ve looked at that game and I think we have learned from that.”