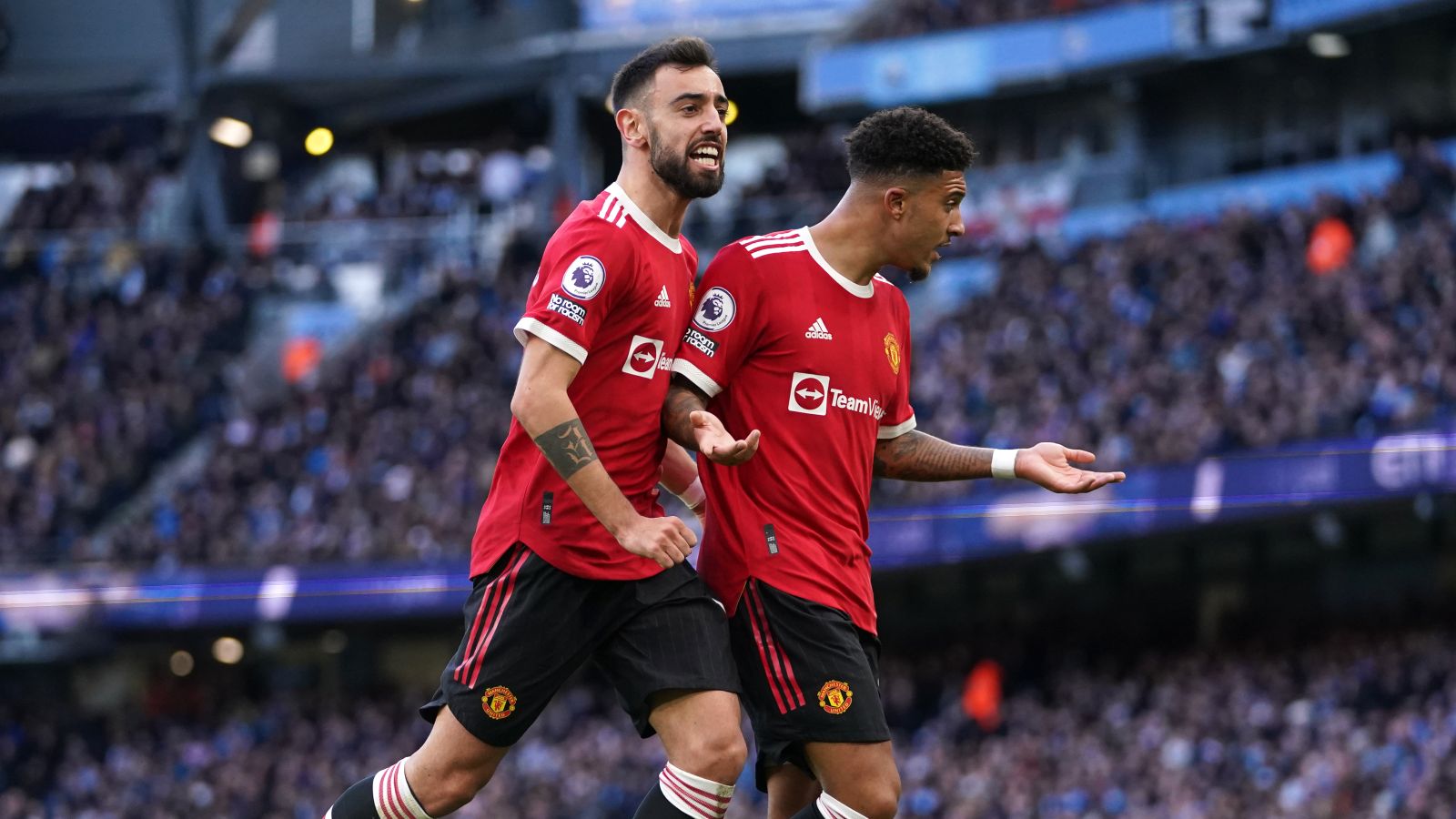 According to reports, Bruno Fernandes is ‘getting closer’ to extending his contract at Man Utd following a ‘breakthrough in negotiations’.

The midfielder finally completed his move to Manchester United during the January transfer window in 2020.

The Red Devils paid a fee that could rise to £67m to bring him to the Premier League.

Fernandes’ form has dipped this season but on the whole, his switch to Man Utd has been a successful one.

He has grabbed 49 goals and 39 assists from his 117 outings across all competitions for the English side.

Man Utd have been in discussions with Fernandes over a new contract for the past few months.

Fabrizio Romano has now revealed via Twitter that they are ‘getting closer’ to extending his deal.

There was a ‘breakthrough in negotiations’ last week and talks are now at the ‘final stages’.

Romano adds that Man Utd are eager for Fernandes to be a ‘key player for the future’.

Elsewhere, David James has claimed that Man Utd forward Marcus Rashford would be a “valuable asset to Liverpool”:

“There is so much history. Paul Ince, who played for both, went to Liverpool via Inter Milan from Manchester United. Marcus Rashford, age-wise, he’s young enough now that if he had to move somewhere else before going to Liverpool, in some kind of long-term plan, then it could happen.

“However, because of the age he is now, now would be the time to get him. Marcus Rashford is a tremendously underused resource with Manchester United. I don’t train with him so I only see what I see on the pitch, but he’s a player I would play down the middle rather than playing out wide.”

James added: “I just think he’s got all the attributes to be a false-nine, through-the-middle player, rather than being stuck out wide. Therefore, again, when you look at the likes of Liverpool’s fluidity, he could actually play wide, and in the middle, and essentially do anything he wants to do if he was playing in that Liverpool side.