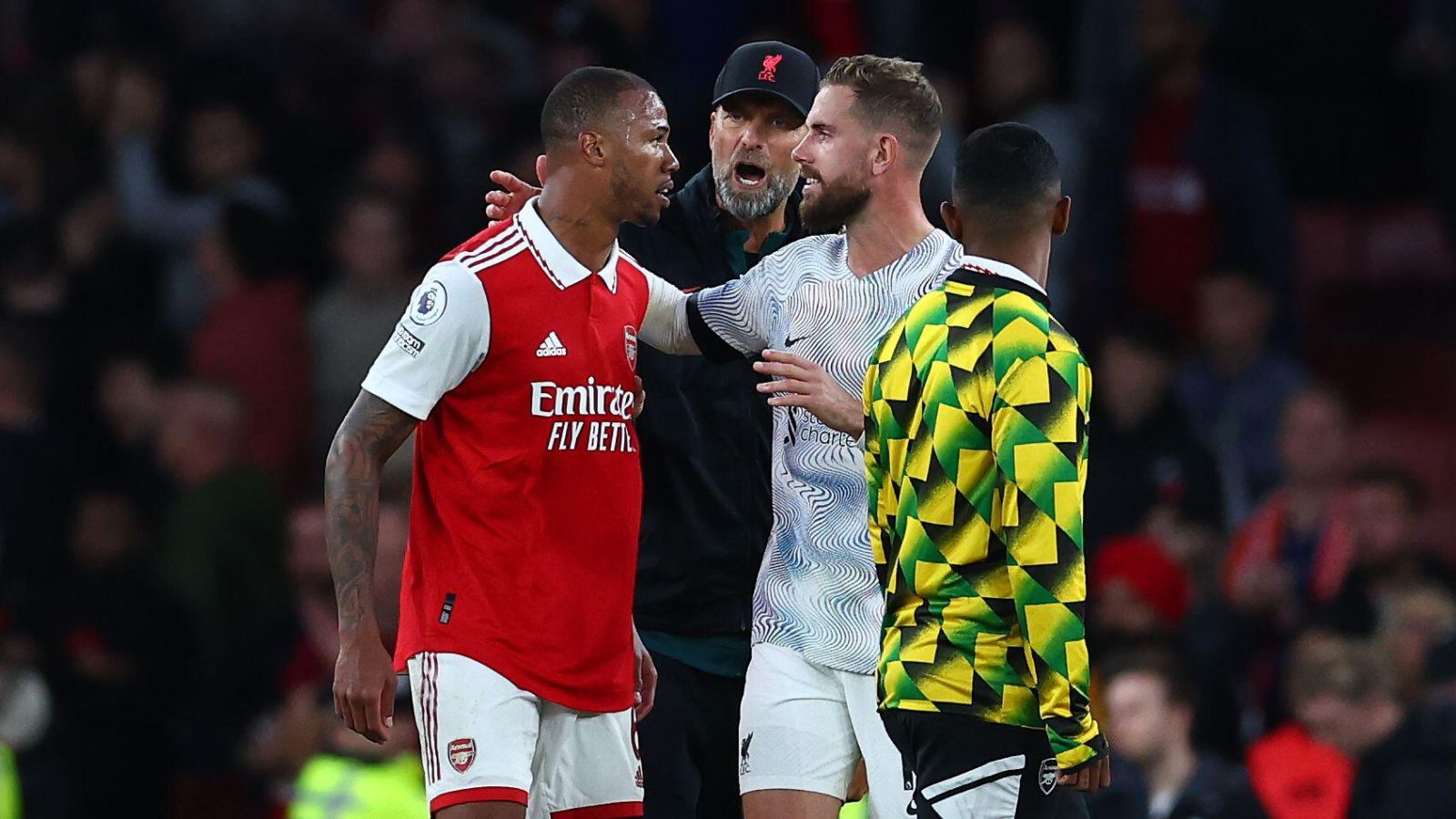 Jordan Henderson reportedly claimed he called Gabriel Magalhaes a ‘f***ing idiot’ when Liverpool clashed with Arsenal earlier this month, but the Brazilian centre-back reckoned he shouted something ‘far worse’.

Henderson avoided disciplinary action after his spat with Gabriel in Arsenal’s 3-2 win at the Emirates after the hosts were awarded a penalty.

An investigation was launched amid claims that the midfielder – who strenuously denied the allegation – made a comment which enraged Gabriel.

However, after launching an investigation during which both men and six more players provided witness statements, the Football Association confirmed it would take no further action.

An FA spokesperson said: “Following an investigation into an allegation received by The FA in the Premier League fixture between Arsenal FC and Liverpool FC on Sunday 9 October 2022, The FA can confirm that it will not be taking any disciplinary action.

“The FA received a complaint about an incident involving two players in this fixture. As a result of the complaint, The FA conducted a full and thorough investigation.

“The investigation included taking witness statements from the complainant and accused, along with an additional six players who were within proximity of the alleged incident, reviewing multiple angles of video footage, and seeking independent linguistics experts evidence.

“None of the witnesses heard the alleged comment, and the player accused strenuously denied the allegation throughout.

And Martin Samuel of the Daily Mail now claims to have inside knowledge of what Henderson and Gabriel told the investigation.

The Liverpool skipper says he called the Brazilian a ‘f***ing idiot’, while Gabriel reckons Henderson used a ‘far worse word in Portuguese’.

Samuel wrote in his column: ‘Henderson is believed to have told the investigation he called Gabriel a ‘f****** idiot’. Gabriel believed he used another, far worse word in Portuguese. None of the other players questioned, from Arsenal or Liverpool, could confirm. Nobody asserted Gabriel was insincere, merely mistaken.’