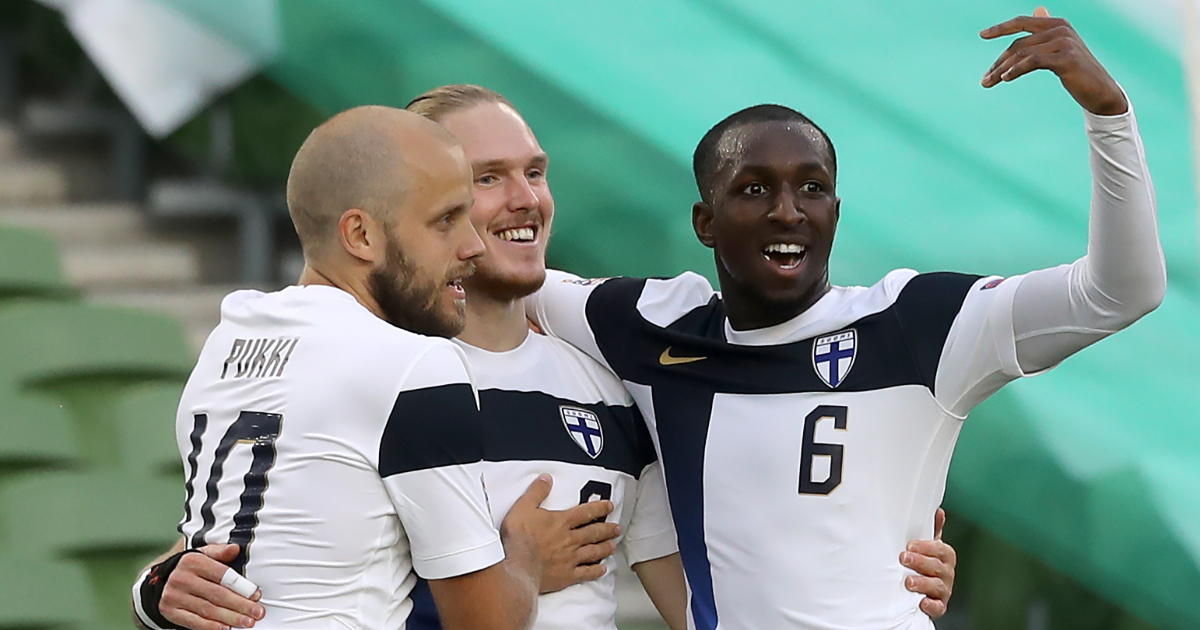 Rangers midfielder Glen Kamara has been urged by Finland coach Markku Kanerva to sign for a ‘bigger club’ than the Gers, amidst interest from Premier League clubs like Watford and Arsenal.

Kamara had an excellent season for Rangers, helping the Glasgow club to their first league title in ten years.

The Finn has two years left on his current deal, and manager Steven Gerrard is keen to extend his stay at Ibrox.

Having impressed in Finland’s opening matches at Euro 2020, interest in the midfielder is hotting up.

The 25-year-old was linked with Arsenal last month, but a return to the London club is unlikely for Kamara.

Watford are the latest club linked with the playmaker, and could make a move for the Rangers man this summer according to the Daily Mail.

The Hornets are joined by Bayer Leverkusen, Crystal Palace and West Ham in monitoring his situation.

Each club have been handed a boost by Kanerva’s comments on Kamara, who thinks he should move on from Rangers to continue his development.

He told AFP: “Hopefully he will continue his development, it would be nice to see him playing even at bigger clubs.”

However, in a recent interview, Kamara stated that he is happy at the Scottish champions.

“I’m a Rangers player until told otherwise,” he told a Finnish podcast. “I’m not focused on anything else, it’s been really good (at Rangers).

“We just won the league unbeaten and had a good European run, so I’m not really focused on anything else. My focus is on Finland right now.

“The club’s on the up and everyone is looking forward to next season. We want to go and retain that title.”

Elsewhere, Watford have announced the signing of Danny Rose on a free transfer from Tottenham.

Rose previously spent time on loan at the Hornets in the 2008/09 season where he made seven appearances for the then Championship club.

He said: “I wish we could have won something together but the club are not far away from that and obviously I wish everybody at the club the best of luck going forward.”