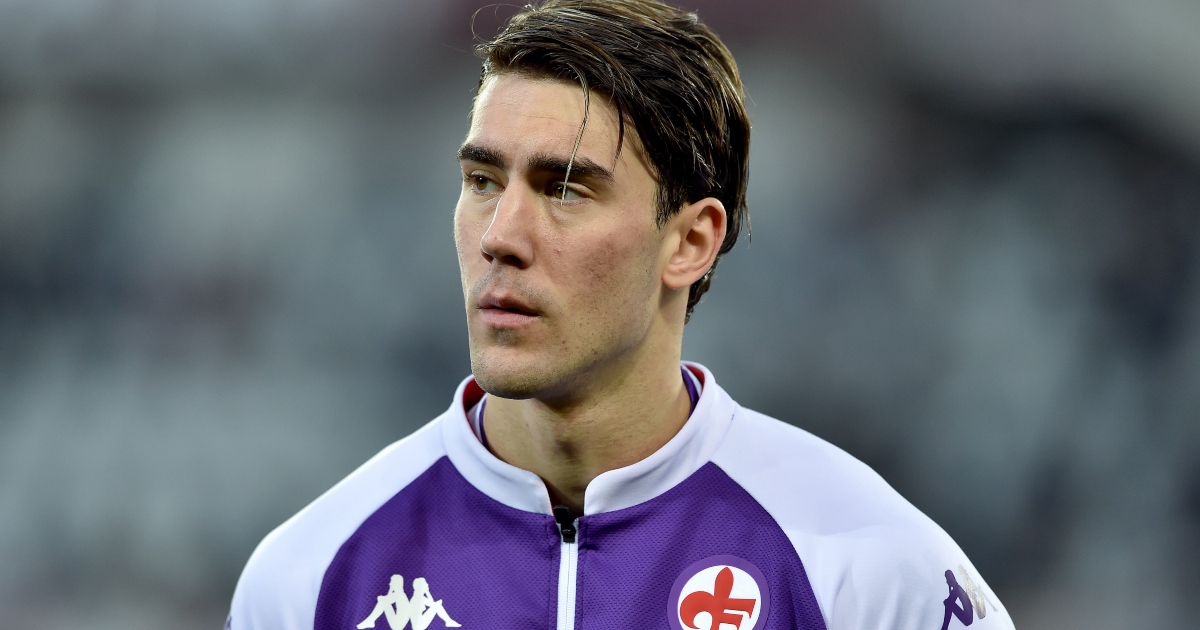 Fiorentina want “the majority of their €75m asking price” for Dusan Vlahovic amidst interest from Arsenal, according to reports.

Vlahovic is one of the most in-demand strikers in Europe and has been heavily linked with a move away from the Viola in recent months.

Happy New Year? Ten who must up their game in 2022

The Gunners are the favourites to land the Serbia international but he has also been linked with Tottenham and Manchester City.

On Tuesday, the Daily Mail claimed that Arsenal were willing to meet the player’s demands, which would cost them up to £150m in total.

Manager Mikel Arteta was recently questioned on their reported interest, saying: “I’m really sorry to disappoint you but you know I’m not going to be discussing any transfer rumours.

“What I really want this month is that we have as many players fit and healthy, and we do as much as possible with these players. After that we have a strategy and we will do that when possible.

“That situation hasn’t changed. It is a big advantage for us.”

However, Independent journalist Miguel Delaney reports that Fiorentina are “demanding” the majority of their asking price up front for Vlahovic, which could potentially ‘prohibit’ a move to the Premier League.

Delaney adds that Arsenal are willing to meet Fiorentina’s transfer valuation – as long as they agree on the structure of the deal – as they attempt to sign the player this month.

The Gunners want to pay the club record transfer fee over four years and can afford the Serbian striker without selling Pierre-Emerick Aubameyang.

Fiorentina’s ‘reluctancy’ to agree to this is doing Arsenal no favours. The report adds that a release clause in Vlahovic’s contract will become active in the summer, so the player will likely have more options then.

Arsenal remain confident they can “put the necessary package together” and strike a deal in the January window.

Vlahovic has scored 18 goals in 22 matches this season after a stellar 2020/21 campaign in which he netted 21 times in 37 league encounters.