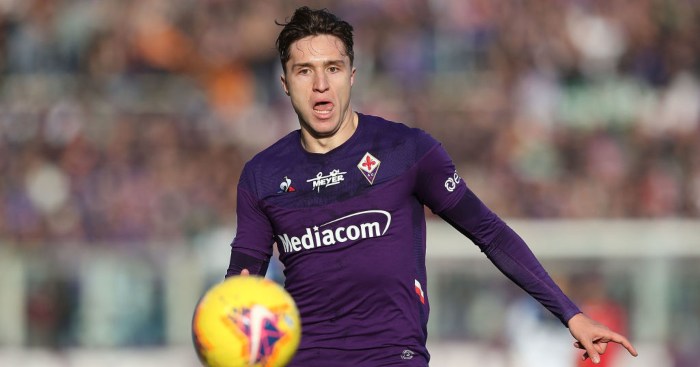 English clubs are “knocking at the door” for Man Utd-linked winger Federico Chiesa, according to Fiorentina’s CEO Joe Barone.

The Italy international has been touted recently as a cheaper alternative to Jadon Sancho at just £61m with Man Utd and Chelsea both linked with the 22-year-old.

Chiesa has scored seven goals and provided three assists for his team-mates in 26 appearances in all competitions this season.

And Barone has been speaking about Chiesa‘s future, confirming that a number of English clubs are interested in his services.