Home All The News Firmino: How I’ve tried to get Alisson to join Liverpool 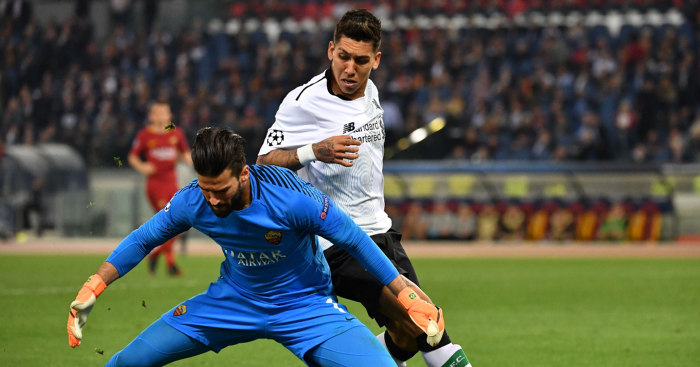 Roberto Firmino has explained how he has tried to persuade Liverpool target Alisson to join him at Anfield.

Alisson has emerged as one of Liverpool’s two main goalkeeping targets this summer.

With doubts over Loris Karius exacerbated after the Champions League final, the Reds are contemplating moving for either the Brazilian or Atletico Madrid shot-stopper Jan Oblak.

As his international teammate and a fellow member of Brazil’s World Cup squad, Firmino has been doing his best to persuade his compatriot to join him.

“Sometimes I talk to him about it and have a joke with him, saying ‘you should come to Liverpool’,” he said.

“His agent is sorting his future but it wouldn’t be a bad thing to have him here at Liverpool.”