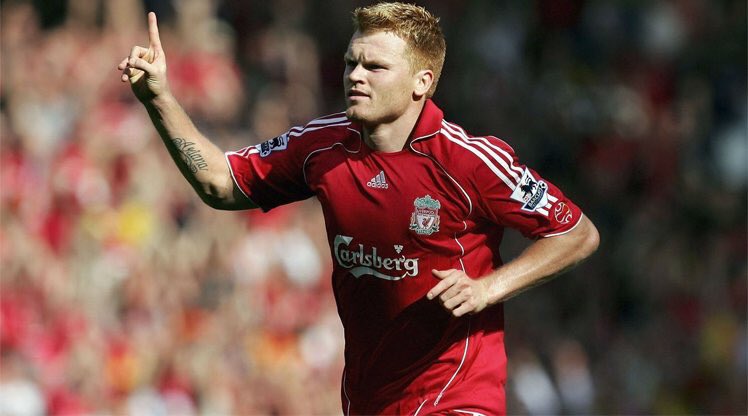 Former Liverpool defender John Arne Riise has retired at the age of 35.

The Norwegian left-back had recently signed a contract with Norwegian side Aalesund, but admitted that his body and mind were not up to the task. He has cancelled his contract with the club.

Riise played for Fulham and Liverpool in England, winning the Champions League, League Cup, FA Cup, Community Shield and UEFA Super Cup during his time at Anfield. He also won league titles in France with Monaco and Cyprus with APOEL Nicosia.

Riise is the highest-capped player in the history of Norway’s national team with 110 appearances, and enjoyed three seasons in Italy with Roma. In total, he played in six different countries before finally returning back to Aalesund, his first club.

“A top athlete must always sure to be physically prepared for the best performances,” Riise wrote in a blog post announcing his retirement.

“They must align themselves with a different lifestyle than others, and to succeed as a footballer you have to have a mental strength that can withstand being tested every week.

“Every fight is a public examination where you’re measured and judged.

“But beneath all this lies the joy. The joy of playing football and success, both as a team and individual.

“The joy that creates a glow to master all training sessions and matches throughout the season. I had it in my entire career.”

“My inner goal was to play football at the Norwegian top level until I was 40. But that is not to be. It stops here.

“The reason you know for sure now. Lately there has emerged a completely new feeling in me, feeling that joy, glow but no longer strong enough to perform at my best.

“I like to play football, but the motivation is still not strong enough to run the race at the highest level.

“This body – and this head – has been through so much over the last 20 years. “It is an admission that is both heavy and painful, and very full of emotion, but it is most of all honest.”