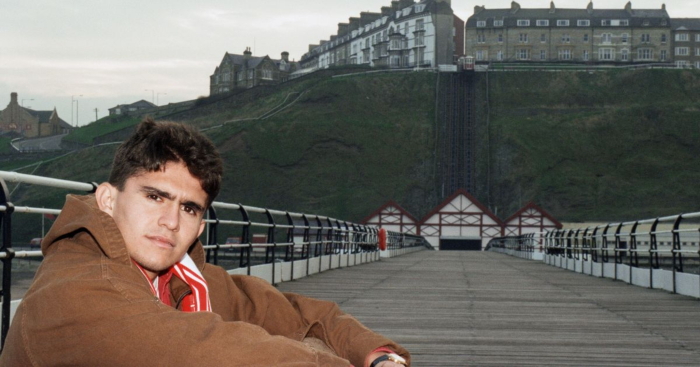 For Middlesbrough the mid-1990’s was a tumultuous ride, punctuated by glamorous foreign signings from across the world. Fabrizio Ravanelli and Juninho were lauded for their impact in a side relegated from the Premier League, while Jaime Moreno was pretty much forgotten by all who saw him even before he left the club.

The Bolivian arrived in 1994, joining a club in the First Division and still playing at Ayresome Park for a manager recently pictured sporting a tweed jacket while his bottom half was covered with club shorts and socks. It was not the Premier League, which was lucky as Moreno was far from being up to playing at such a level.

Coming from Independiente Santa Fe, after just five appearances in Colombia, the forward headed from South America to England in the hope of finding fame and fortune. In the summer of 1994 he had represented Bolivia in the World Cup, where Moreno could only help them to a point against South Korea. Games against Germany and Spain ended in defeats.

There were no global scouting networks at Middlesbrough at the time, so instead Moreno played a testimonial against Darlington to see what he was made of. That was sufficient for Bryan Robson to splash out £250,000 for the forward before he was deported due to a lack of a work permit.

Robson’s endorsement at the time filled few with confidence: “I would like to have seen him against better-quality opposition but this was not possible because of work permit problems. I am buying potential and I hope our judgement will be proved right.”

He moved to Thornaby and did his level best to immerse himself into local culture. Living opposite a pub named The Westbury – an establishment which sold BrewDog in the form of rottweiler piss – and a fishing bait shop. Moreno was a long way from home.

Moreno was happy to be in England and made the most of it, meeting his future wife Louise in the town. He liked a night out in the area and if anyone fancied their chances against the Bolivian, then he was more than happy to stand his ground. To avoid homesickness, Moreno was joined in Thornaby by his cousin, Javier. Javier was also lucky in love, finding long-term happiness with another local lass. They set up a pizza takeaway in Billingham, naturally.

The Bolivian had a lot of affection for the area and its people, who naturally referred to him as ‘Jamie’. In his first season in England, he played 27 games for Middlesbrough as they earned promotion to the Premier League. His only goal came in a game against Barnsley.

Once Middlesbrough made it back to the Premier League, Moreno was a fringe figure during the club’s inaugural season at the Riverside. He would play seven times in the English top flight but was allowed to leave for Major League Soccer where he joined DC United. In truth, it was the greatest thing that could have happened to him.

Moreno became a hero in the US capital for those who actually watched soccer, ending up as the league’s highest ever scorer with 132 goals. There was a brief return to Middlesbrough on loan for a few more matches, allowing him to enjoy a memorable late winner against Stoke.

Louise and Jaime would go on to have five children together, proving that his move to Middlesbrough would always be a permanent influence. Back home he was admired, becoming a mainstay in the Bolivian national team and eventually making 75 appearances and being the fulcrum of the team in the Copa America.

Now Moreno sits in the DC United Hall of Fame, his reward for leading them to four MLS Cups. He is active in local events in the area and has been heavily involved in charitable organisations doing great things for those less fortunate.

Twenty-seven games for Middlesbrough will be a footnote in his career but two years in the north east changed Moreno forever. It gave him a wife, family and free pizza for life in Billingham. Rather than the player leaving a mark on the fans, it was the locals who provided all the memories.