Even just looking at these makes it clear that Jurgen Klopp is the only choice. 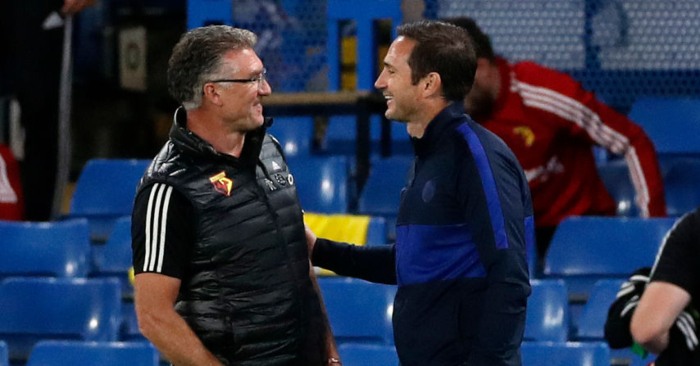 It’s that time of year… well, no it isn’t really but it is that time of the season. Who should be manager of the year? Obviously, the correct answer is Jurgen Klopp. End of feature. Here are five other options anyway.

Chris Wilder (Sheffield United)
It was mad how quickly the success of Wilder’s Blades was normalised in the Premier League. A club like Sheffield United playing unusual, inventive and above all effective football under a British manager should have been a far bigger deal. Having been a model of consistency through the long-forgotten pre-Rona part of the season, Wilder’s side are now ending the campaign in ever more glorious weirdness, twatting Spurs and Chelsea (16 Conclusions here), beating Wolves, getting torn apart by a Leicester side that has quite literally forgotten how to play football and losing at home to an Everton team that is strikingly meh even by the standards of Everton, the most consistently and reliably meh outfit in the Premier League. This probably counts against Wilder (and may not bode entirely well for next season) but should really count as a bonus. Never be boring.

Frank Lampard (Chelsea)
There have been tough issues for Chelsea to deal with this season – and obviously losing twice to West Ham isn’t ideal! No, but seriously, Lampard didn’t have a straightforward task in this his first year managing at the top level. Even without the gift of the ever reliable and consistent Lampardian Transition, it’s been a decent enough first campaign in the big job for Super Frank. Good old Lamps. Lampy. Lampy Lampard. The press boys like him and that definitely helps, because Chelsea’s perfectly decent season is in fact precisely the sort of one that could easily have seen the pack calling for the head of one of those daft Jonny Foreigners who’ve had the job before. Clearly, that would be just as ridiculous now, but it’s also a bit much to say he should be manager of the year above all the other managers there have been in the year 2019/20. Silly Merse.

Nigel Pearson (Watford)
Not content with a top half of the Premier League containing no fewer than four British Isles managers, the British Managers Club still want more. GIVE SHINY GONGS TO THE MAN WHO HAS JUST BEEN SACKED BY RELEGATION-THREATENED WATFORD, insists David Moyes for some reason, giddily drunk on the glory of almost certainly leading West Ham to the promised land of Premier League safety once more. Watford were very, very bad indeed when Pearson took over to be fair, and then they definitely got a bit less bad for a while there, but they are quite bad again now and currently reside in the bottom three. However, we don’t want Pearson to fight us, because that is a fight we would lose, so might just give him an award anyway. Christ, would you look at those forearms. Good grief.

Ralph Hasenhuttl (Southampton)
Losing a home league game 9-0: very bad. Losing a home league game 9-0 but subsequently turning the season around so dramatically that not only do you go and win the reverse fixture but also end the campaign not just still in the job but with your reputation actually enhanced and name mentioned once again in dispatches for top jobs: pretty good tbf.

Mikel Arteta (Arsenal)
Continuing the recent ‘big six’ vogue for youngish ex-players to make startlingly hasty returns to their former clubs as wide-eyed callow managers with plenty of credit in the bank, Mikel Arteta has arrived at the Emirates and decisively turned the Arsenal ship around. From a rudderless, directionless and everything elseless shambles drifting listlessly in 10th place in the Premier League, Arteta has steered Arsenal through those choppy waters and all the way up to *checks notes* 10th place in the Premier League. Hang on. That can’t be right. Can it? Is that right? Oh, fair enough. Still. Great hair, long-term project, and at least he isn’t Jose Mourinho.