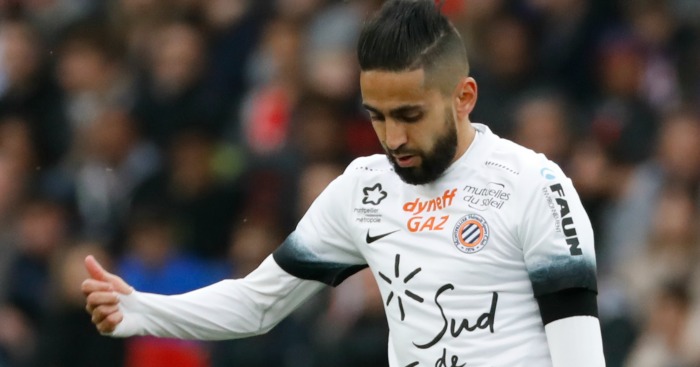 There is no denying that this summer’s transfer market is an inflated one. On Tuesday, F365’s own Daniel picked out the top 10 ridiculous transfer valuations of the summer window with clubs demanding sky-high prices for any player on their books. That being said, there are bargains to be found if you look closely enough. With creative stars key in the modern game, here are five cut-price playmakers that could turn out for your team next season…

Ryad Boudebouz (Montpellier)
While much was made of Dimitri Payet’s return to Ligue 1 in January, the fact is that France’s top tier was already blessed with one of the best playmakers on the continent. Ryad Boudebouz enjoyed a stunning second season with Montpellier, who finished 15th in Ligue 1. The Algerian sensation boasts the requisite tools to succeed at a higher level, having made more key passes (117) than any other player in Europe’s top five leagues last season.

At 27 years of age, he is coming into the peak of his career and interest from the Premier League comes as no surprise. Top-flight returnees Newcastle have been linked with a move for Boudebouz, even if their Ligue 1 forays have been a little wayward of late, while Swansea could certainly maximise his services as and perhaps when they sell Gylfi Sigurdsson. He scored more goals (11) than any other central midfielder in Ligue 1 last season, while only Morgan Sanson (14) and Thomas Lemar (10) picked up more assists (9). If any team can convince Montpellier to sell, then they will have at their disposal one of the finest, if underrated, creators on the continent.

Jonathan Viera (Las Palmas)
Las Palmas established themselves as La Liga’s great entertainers last season, having netted 53 goals and conceded a generous 74. Defensive solidity was sacrificed in favour of free-flowing action and while the Gran Canaria side finished with a goal difference of -21, their attacking players certainly enjoyed a successful campaign, and none more so than Jonathan Viera. The 27-year-old helped himself to seven goals and registered a further seven assists for Las Palmas in La Liga last term and was arguably their most consistent performer.

Indeed, only Neymar (3) and Toni Kroos (2.8) averaged more key passes than Viera (2.7) in Spain’s top tier last season as the former Valencia man impressed once again. His versatility is an added bonus too, with Viera capable of playing out on the left and in the centre. This would certainly give him time to adjust to his new surroundings, particularly if he moves to a Premier League side, where any physical deficiencies could be exploited. With Las Palmas set to lose Roque Mesa to Swansea, the La Liga side would be loath to lose another key midfielder, but Viera could be a handy, yet cost-effective, purchase this summer.

Emre Colak (Deportivo)
Sticking with La Liga and this time Deportivo creator Emre Colak, who impressed in his debut campaign in Spain. Deportivo hardly pulled up any trees in Spain’s top tier as they finished just five points above the relegation zone; only Alaves (13) drew more league games than the Branquiazuis (12) last term as they struggled to turn one point into three on more than one occasion. It wasn’t for want of trying from Colak, who was Deportivo’s creator-in-chief.

No player for the La Liga side registered more assists (6) from more key passes (2.2) then the Turkish midfielder, who also chipped in with three goals. Like Viera, an ability to play out wide is an added benefit to Colak’s already commendable arsenal, with the midfielder able to play on the right as well as through the middle. Deportivo would be reluctant to cash in on such a key man, but their hand could be forced should a sufficient offer come in for the former Galatasaray ace.

Davy Propper (PSV)
After Ajax successfully commanded a fee of £26m for Davy Klaassen, Eredivisie rivals PSV will be confident they can demand similar for Davy Propper if any team firms up their interest in the Dutchman. At 25 years of age, there is still more to come from the Netherlands international, who once again shone for Phillip Cocu’s side. PSV may have forfeited their Eredivisie crown, but it wasn’t for want of trying, with Propper instrumental in the middle of the park.

Only Hakim Ziyech (115) made more key passes than Propper (78) in the Eredivisie last season, while his seven assists was also a respectable return, and six goals highlights his goalscoring threat from deeper positions. He is a tidy performer in tight situations, with the Dutchman more than capable of finding space between the lines to help pry defences open. The midfielder is contracted to PSV until 2020 and has shown no signs that he is prepared to force a move, but if he maintains his good form, it won’t be long before his performances attract watchful eyes across the continent.

Tom Cairney (Fulham)
A little closer to home now and Tom Cairney is considered by some to be one of the best in his position in the Championship. Fulham’s failure to secure a Premier League spot via the play-offs has certainly muddled matters for the Scotland international at Craven Cottage. He made more key passes (122) than any other player in England’s second tier last season, while only Conor Hourihane (14) made more assists than Cairney (10) in the division. As one might expect, Fulham head coach Slavisa Jokanovic is keen to retain his services and recently revealed the west London side rejected a £20m offer from Newcastle.

As the only to register double figures for both goals (13) and assists (10) in the Championship last season, Cairney is highly thought of in the Championship, with a number of Premier League suitors showing an interest in the 26-year-old. Cairney may not be as highly rated as the aforementioned quartet, but in a world where Ross Barkley, who has a year left to run on his current contract, is valued at £50m by Everton, it’s easy to see why Fulham can demand upwards of £20m for the Scottish midfielder. There’s no denying he’d fancy a second stab at the Premier League having last played in England’s top tier in 2010, but he may have to bide his time unless the Cottagers are prepared to drop their asking price.