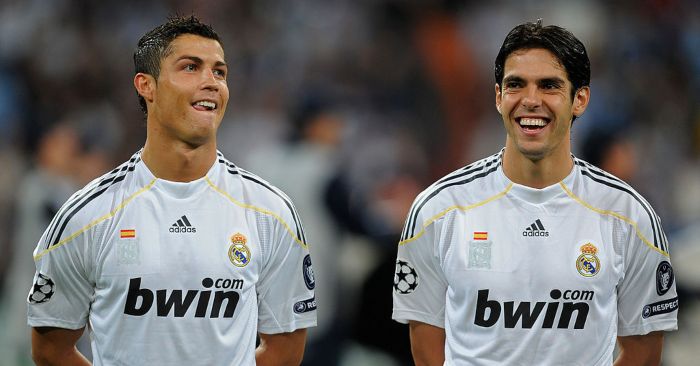 Chelsea have spent £83.7million already in this transfer window on Hakim Ziyech and Timo Werner. The latest claim is that Ben Chilwell (£50m), Kai Havertz (£72.1m) and Mike Maignan (£27m) might soon join them in one of the most extravagant single-window investments in history. Roman Abramovich sees your poxy global pandemic and laughs uproariously from his yacht inside a bigger yacht on his island comprised solely of yachts.

Throw in Declan Rice and his many hints, and the record could be broken without even considering Thiago Silva and his nine-figure signing-on fee.

Juventus (2018, £212.1m)
It was two managers ago that Juventus embarked on a summer transfer spend designed specifically to deliver their first Champions League trophy since 1996. Massimiliano Allegri paid for a quarter-final exit in much the same way as fellow Serie A winner Maurizio Sarri suffered the consequences of losing in the last 16 to Lyon earlier this month.

Andrea Pirlo will hope to succeed where both failed but the fate of those players signed in 2018 highlights how The Old Lady might need to improve their approach. Joao Cancelo (£36m) is long gone. Mattia Perin (£10.5m) last played for them in March 2019 and spent last season with Genoa. Douglas Costa (£35.2m) is being linked with Manchester United. Leonardo Bonucci (£31.2m) is far from his best. Cristiano Ronalo (£99.2m) stands as one of the worst current club-record signings in all of Europe. The 2015 and 2017 Champions League runners-up have not ventured past the last eight since signing the competition’s greatest player.

Paris Saint-Germain (2017, £214.4m)
Similar ideas were harboured by Nasser Al-Khelaifi, who a year before had grown tired of monopolising an entire domestic league and sought something far more meaningful than Ligue Un titles won in March by 427 points.

Their answer was simple: to set a bar that might never be raised again. PSG effectively agreed to the two biggest signings in football history in the summer of 2017, Neymar (£200m) stepping out of Lionel Messi’s shadow, while Kylian Mbappe joined on loan from Monaco. That £166m move was only made permanent after PSG did the unthinkable and avoided relegation. Cheltenham Town legend Yuri Berchiche (£14.4m) also moved to the Parc des Princes, because why not when you have already made money seem an entirely worthless concept?

Real Madrid (2009, £219.5m)
Some clubs tend to accept failure about as warmly as a fresh turd on their doorstep. Real Madrid never have dealt all that well with average performance. So when Bernd Schuster and Juande Ramos combined to finish a distant second in La Liga, losing 2-0 and 6-2 to Barcelona while being dumped out of the Champions League last 16 5-0 on aggregate to Liverpool and exiting the Copa del Rey round-of-32 to Real Union – who sound like they should be managed by Pete Waterman before an acrimonious break-up due to missing out on the Christmas number one spot with The Myrrh, The Merrier – action was required.

Their response was to appoint Manuel Pellegrini, break the world transfer record twice within three weeks on Kaka (£56m) and Cristiano Ronaldo (£80m), spend another evenly-split £60m on Karim Benzema and Xabi Alonso and…finish second in La Liga while losing in the last 16 and 32 of the Champions League and Copa del Rey respectively.

With a few smaller deals dotted around elsewhere, City made their intent clear. And disappointing third to Chelsea and Tottenham became dominant first over everyone as they embarked on the finest season in Premier League history to reclaim their title. European success is still not forthcoming, mind. That quarter-final hurdle is proving a little too troublesome.

Real Madrid (2019, £272.6m)
But as much as Real Madrid hate under-performing, they resent any challenge to their gilded throne of biggest spenders that little bit more. They held the crown for eight years and wrestled it straight back within two. Chelsea had better beware if they take it back to England.

Yet the theme of money being no guarantee for success continues. La Liga was won thanks to Barcelona’s fallibility but the signings had limited impact. Ferland Mendy (£47m) was the only new arrival to appear in more than half of the club’s league games as Eden Hazard (£88.5m) and Luka Jovic (£52.4m) both struggled with injury, while Rodrygo (£40m) and Eder Militao (£42.7m) were used sporadically. It was Benzema, the final remnant of their lavish spend a decade prior, that shone.