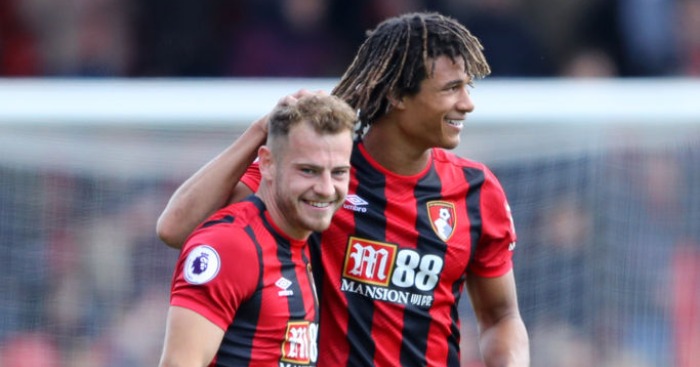 So blindingly obvious that we are a little upset with ourselves that we did not think of this before. Nathan Ake would apparently cost roughly half a Harry Maguire, and that is frankly ridiculous. The Dutchman has long been linked with a move to Liverpool (who don’t need him) and Tottenham (who do) but Manchester City would be a perfect fit for a Dutchman who is learning from Virgil van Dijk at international level, is just 24, counts as homegrown, and has two full seasons of Premier League football under his belt. Oh and he can even play at left-back, which has long been a problem position for City.

If Leicester want upwards of £80m for Maguire, then City can say ‘you’re alright’ and head on down to Bournemouth to offer roughly half that money for Ake, who cost just £20m two years ago and has rarely been anything but brilliant since.

The idea that Liverpool would spend £45m on a left-back when they already have Andy Robertson was always ludicrous. Now the homegrown alternative they would probably prefer is Ryan Sessegnon, but he does seem Tottenham-bound. And Fulham are apparently asking for over £30m for a player who is out of contract next summer. Liverpool fans will be hoping they can tempt Fulham into a sale, which would likely see Reds fans heading to get the Unibet promo code to splash the cash on their side winning the Premier League this time round.

One player who would not cost £30m is Charlie Taylor, who was strongly linked with Liverpool before they signed Robertson and he signed for Burnley for a fee of around £7m. After a season of waiting for Stephen Ward to age, Taylor established himself in Sean Dyche’s team last season and earned himself plaudits in a difficult campaign for the club. He dreamed of a Liverpool move when he left Leeds and it’s hard to see Burnley asking for more than the fee Aston Villa paid for Matt Targett; that seems to be the going rate for a middling English left-back.

Newcastle fans quite like the idea of Philip Billing replacing Sean Longstaff, but we would strongly advise that Manchester United leave the Englishman out of the equation and go straight for the Dane who is desperate to leave Huddersfield Town this summer and would be available for just £10-12m, or less than half a Longstaff. And yes, Billing is ‘homegrown’ as he arrived in Yorkshire as a youth player.

“I cannot name you one 22-year-old player who is comparable with him. He is 6′ 6″, left-footed, with an unbelievable shot; quick vision; technique; long throw-in; endurance and now, fighting spirit as well,” said David Wagner, though his Huddersfield managerial replacement would not agree, discerning straight away that Billing’s heart was no longer in West Yorkshire. Terriers fans grew tired of his lackadaisical air, but in the right hands he could be a sensational and cheap midfield signing.

Going to enjoy watching Longstaff up against Billing today. Should be a cracking battle between two of the most underrated young CMs in England.

Crystal Palace are said to be ‘incensed’ by Arsenal’s £40m offer for Wilfried Zaha, who they value at anywhere between £80m and £120m. And they are well within their rights; he is theirs. He is basically priceless. Which is all very lovely for Palace, but it does not help Arsenal, who are in something of a mess of their own making. They need width and they need it at a cheaper price.

Bournemouth have such width in diminutive Scot Ryan Fraser, who has just one year left on his contract. The Cherries are making all the right noises about keeping him – and are apparently insisting on a £25m fee. But that will surely come down as the prospect of losing him for nothing becomes more real; even at £20m, he would cost a tiny fraction of the Zaha price, and he is not a tiny fraction of the player. Just tiny.

Breaking your club record for an 18-year-old centre-half with 20 Ligue Un appearances under his belt would be quite the statement from Wolves, but should the Midlands club really be spending £35m on potential when what they really need are bodies for an assault on two fronts next season? Maybe Benoit Badiashile is the answer but perhaps a little pragmatism is required.

While Newcastle are reeling without a manager, Leicester have taken advantage of the situation and moved for Ayoze Perez. Wolves could do worse than fluttering their eyelashes in the direction of Jamaal Lascelles, who is already au fait with the particular challenges of playing in a three-man defence and would probably quite like to abandon a sinking, hole-riddled ship. And a cheeky bid of £20m could probably tempt Mike Ashley; he will probably throw in one of those giant mugs.